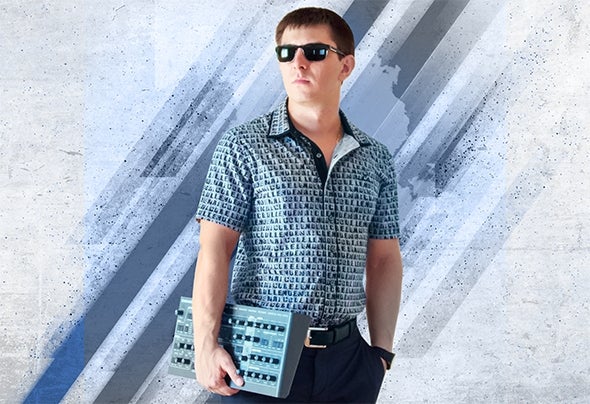 Andre Volodin – the talented musician from Russia. Since 2006 beginning of the Dj career.Professional skill with which he worked on Technics SL 1210 MK2 and as constantly replenishing collection of vinyls - quickly brought it popularity and a demand in the region.Summer 2007 was invited to work in the most fashionable and cult club – “Digger Club” and after becomes his resident and organizes own parties – “Green House”.During the period with 2008 – 2010 works in many clubs of the region and plays with many well-known artists : Ronski Speed, Jody Wisternoff, Free Form Five, Tom Pooks , Dusty Kid and many others...In the summer actively participates in advancement party " Green House" in clubs on resorts of the Black Sea coast.In 2009 visits a course of lectures ' Spektral "on creation of electronic music, writes the first tracks and is issued on Balkan Connections and Melodic Records. The first releases have inspired him on the further creation of music. Andre gets acquainted with interesting and known people, being typed by invaluable experience, writes new tracks and does remixes. Especially successful tracks get support from many known artists EDM of a scene, after noted them, on performances in the radio of show on Proton, Frisky, DFM and many others. Since 2010 for writing of tracks Andre uses such equipment as: Virus TI, Clavia Nord Lead 2X, Maschine, Novation 25sl, NI Audio 8dj, DBX166 xl and many VST instruments. The most favourite program for creation of music considers for itself: Ableton Live. In July 2011 Andre opens an own label: “ Green House Records “ with support Proton. His tracks are published on Baroque,Pangea,Green House, Vertikal, Balkan Connections, Melodic,Vise Versa, Underground Lessons and etc... On his tracks made remixes such known musicians as : Ben Coda, Beat Factory ,Stan Kolev, Masrbeing, Human8 and others... Now the main objective is concentrated on development of a label and creation new - qualitative tracks. For BOOKING AGENCY Andre is ready to offer performances on Vinyl ,CD ,Live in progressive house style.