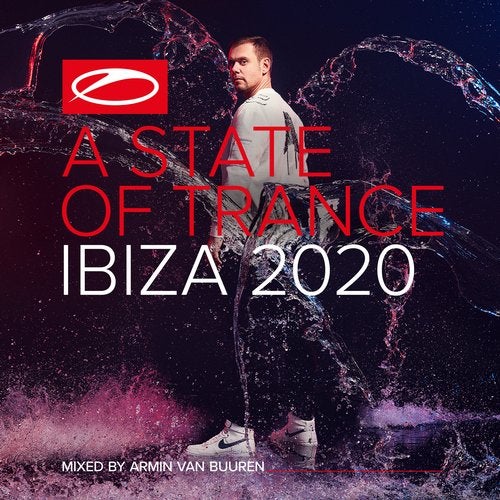 Especially with the less fortuitous developments casting a shadow over this year's summer season, it's important to seize the moment while it lasts, to not take anything for granted and to cherish memories for as long as you can. Some of you may still be able to recall the magic of Ibiza, with the summer sun caressing the skin as you throw your hands in the air and lose yourself in the music until the day turns to night and back again. That feeling of euphoria may seem far away now, but Armin van Buuren is pushing it back within reach with the seventh Ibiza-scented edition of his reputable A State Of Trance mix album series: 'A State Of Trance, Ibiza 2020'.

Decked out with forty phenomenal tracks that make the moment count whenever they're played, 'A State Of Trance, Ibiza 2020' is a haven for those who're aching to get out there and throw themselves into the music again. With big records from the likes of Armin van Buuren ('The Voice' as Rising Star, 'Illusion' with AVIRA and 'I Need You To Know' with Nicky Romero), Above & Beyond ('Reverie'), Andrew Rayel ('Everything Everything'), Giuseppe Ottaviani ('Till We Meet Again'), Orjan Nilsen ('Sankthansaften'), Tom Staar (remix of Solarstone's 'Seven Cities') and more, this year's installment aims to make up for lost time by giving you a selection of amazing tracks that radiate the same sense of wonder you'd get with an A State Of Trance night on Ibiza.

Though it´s a bit hard to imagine now, we will party under the Ibiza sun again. And 'A State Of Trance, Ibiza 2020' is here to make sure you´re ready to seize the moment when that day arrives.

A State Of Trance, Ibiza 2020 (Mixed by Armin van Buuren)