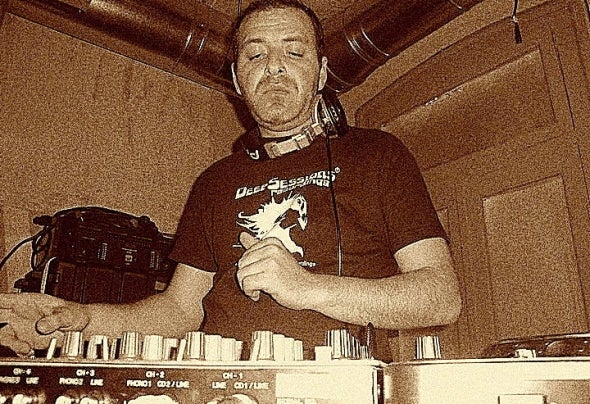 Athan was born in the city of Thessaloniki on 29th of May 1975.From his childhood started listening to Classic Rock legends & New Wave bands such as Depeche Mode, House Of Love, Kraftwerk, OMD etc.At the age of 13 he had his first proffessionall experience as a dj.A few years later in 1995 his passion about Trip Hop/Electronica evolved.Influences from bands like Portishhead, Massive Attack, Unkle, Morcheeba etc helped Athan to open new horizons in his DJ style. During 1995 2001 he worked for several Radio Stations of his hometown Thessaloniki & became more popular from his successful radio shows. Getting more into Electronica his passion about Progressive sounds grew more & more and finally became a passion in his life. Since 2001 he works as a Resident DJ in clubs & travel around Greece as a guest DJ in big parties.Everyday of his life is dedicated to Music.The past 2 years Athan supports many Greek producers promoting their tracks in every appearance. In 2008 got his first On line radio show & had many DJ sets as a guest in the most popular Internet Radio Stations of the world playing with popular producers and DJs. Athan is Deepsessions Recordings owner