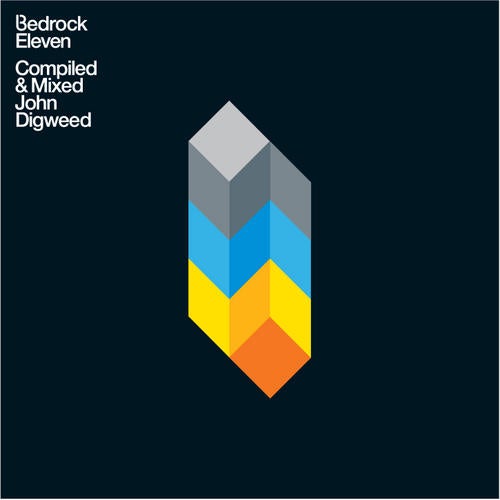 2009 has been a fantastic year for music and a great year for Bedrock Records, and now John Digweed has selected future highlights, unreleased exclusives, current favourites and remixed classics, from his influential label’s catalogue for this next annual instalment of the Bedrock mix compilation series. With outstanding tracks from Guy Gerber, Christian Smith & John Selway, Pete Heller, Alan Fitzpatrick and Guy J (to name just a few), 2009 has seen the Bedrock label go from strength to strength with each release. Now, as this mix follows on from last year’s 10 year celebration album, “Past Present Future”, the main focus for “Bedrock Eleven” is the future. Featuring unreleased tracks that have been severely road-tested by the man himself over the last few months, this is a showcase of exclusives from artists such as Mutant Clan, Marco Bailey, Alex Dolby + Santos, Giorgos Gatzigristos, Marc Marzenit, Rowdent, Erphun and James Zabiela. There are also select classics from the label that have been specially remixed and updated for this album - Moonface "Futurized Fears", Bedrock "Emerald", and Tijuana "Groove Is In The Air".