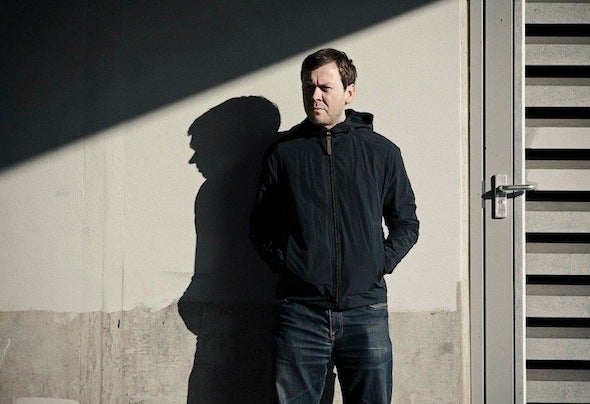 Claro Intelecto – known to the parents who bought him a first synth at age ten as Mark Stewart – is a wise old head when it comes to music production. He learnt the hard way, before the days of downloadable software, instead playing around with tracker programs, wrestling with various sequencers, toying with Octomed and later sampling using Cubase, all the while putting into practice the skills he... learnt from his piano tutor. Not bad for someone who, at the same time and having dropped out of art college, was working as a screen printer during his teens. Music, though, became an ever more important preoccupation for the Manchester man, so it was only natural for him to spend any and all money on a sound recording course at Spirit Studios (incidentally, the same space in which rave legends 808 State had recently laid down their "90" album). Fast forward to the point where Stewart had completed an Art Degree at University and Claro Intelecto was born – an integrated project of moving images, graphic design and music with a decidedly cinematic bent. That spawned the much later released track "Peace of Mind" amongst others, and it wasn’t long after that some well received demos at Ai Records and Manchester's boutique, Boomkat-associated imprint Modern Love gave Mark his first vinyl release, just after the turn of the millennium. A heavyweight, dub oriented house and techno framework has loosely characterised Claro Intelecto's output on labels like Modern Love, as well as his live performances over the years. Key releases include his "Peace of Mind EP", "Metanarrative" album, a series of "Warehouse Sessions" 12"s and a career defining remix (having been originally requested by the band's Martin Gore) of Depeche Mode's 1982 classic "Leave in Silence", whilst April 2012 will see a first full length release on Dutch label Delsin. As well as producing and composing, Stewart takes a bespoke live show across the globe, playing everywhere from Sao Paolo to Moscow via Sonar, Communikey and… Jerusalem! Wherever he plays, though, or whatever he produces, the underlying aim is always the same: to make decent, honest house and techno music that follows no brief or zeitgeist, instead focusing on its own sense of soul and detailed depths.