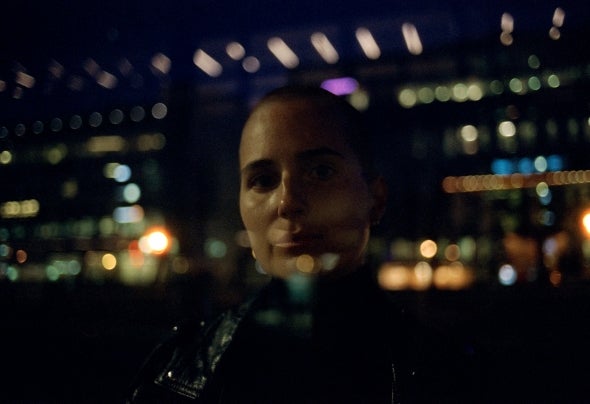 Following in the footsteps of her father, a well-respected and highly regarded Stockholm selector, MOLØ is a bonafide über-talent that’s been making moves on the local underground scene in the Swedish capital for the last half decade. In October of 2020, she released her solo debut EP ‘Luma’. The project made #3 on Beatport and was covered by Beatportal, Trndmsk, Deep House Amsterdam, Swedish National Radio and TV. The impressive debut also saw extensive DJ support from Undercatt, Fideles, Nick Warren, Kevin De Vries, Above & Beyond, Guy J, Whomadewho and more. As icing on the cake, she was nominated for Artist of the Year in the Dance- category at the Swedish Independent Music Awards. In February of 2021, she released her first-ever career remix of Duccio’s ‘What If?’ on Moscoman’s Disco Halal. The world took notice, and shortly thereafter, she received a request from UK powerhouse label Anjunadeep alongside Maya Jane Coles, Fur Coat and Francesca Lombardo to remix star-duo Eli & Fur. Her reinterpretation of the duo’s album single ‘Wlid Skies’ was premiered by Sian Eleri on BBC Radio 1 and saw extensive support on her wildly popular ‘Chillest Show’. Venturing outside the label realm she calls home, MOLØ also made her debut on Marc Romboy's legendary Systematic Recordings as a part of the Music From Space project alongside Hunter/Game, Rodriguez Jr., Petar Dundov and more. She finished the year off with hard-hitting peak time single ‘Vemode’ on Vivrant, which received a world premiere on BBC Radio 1’s Essential Mix by Danish stars Whomadewho. With a looming EP four-track debut on Anjunadeep, a sophomore project on Vivrant and shows across the world, MOLØ’s on a straight trajectory towards making 2022 her formal coming-out-party. Thanks to her soft-spoken nature and insatiable hunger mixed with an unparalleled raw talent and passion, there’s no telling how far and wide this mere 25-year old can take her hypnotic and melancholic style.