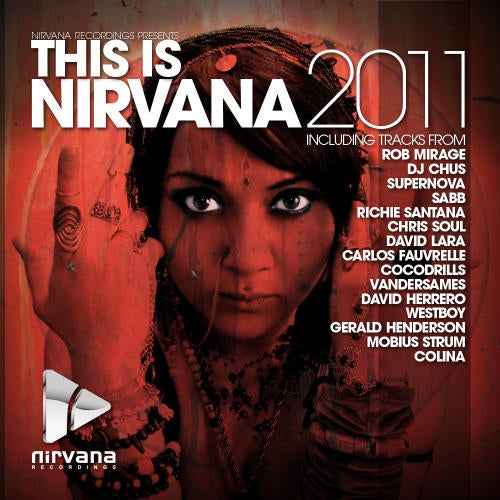 Exclusive
The year 2010 has been a wickedly productive tour for the newly emergent Nirvana Recordings with the first series of releases topping charts everywhere and generating enormous recognition throughout the industry. Support and further sustenance overwhelmingly flooded in from all avenues of the globe this year: from dj, to producer, to label owner, to label conglomerate, pushing the Nirvana imprint to become a far greater and more successful image than Rob Mirage himself could have ever imagined.To ring in 2011 Nirvana and staff wanted to do something very special for our audience that relentlessly showed our love and undeniable devotion the core fundamentals of what encouraged us to dream harder. We would like to introduce you to a unique compilation comprised of fourteen original hits that define this years journey. Each one taken from a different place and a different producer that has contributed to the label and truly believes in the future of Nirvana. THIS IS NIRVANA 2011.Tracks featured by producers: Carlos Fauvrelle, Chris Soul, Colina, Cocodrills, David Lara, DJ Chus, David Herrero, Gerald Henderson, Richie Santana, Rob Mirage, Sabb & Mobius Strum, Supernova, Vandersames and Westboy. Nirvana Recordings owner and label staff wish everyone a joyous and wonderful holiday season!www.myspace.com/nirvanarecordingswww.myspace.com/robmiragewww.facebook.com/robmiragenirvanawww.twitter.com/robmirage