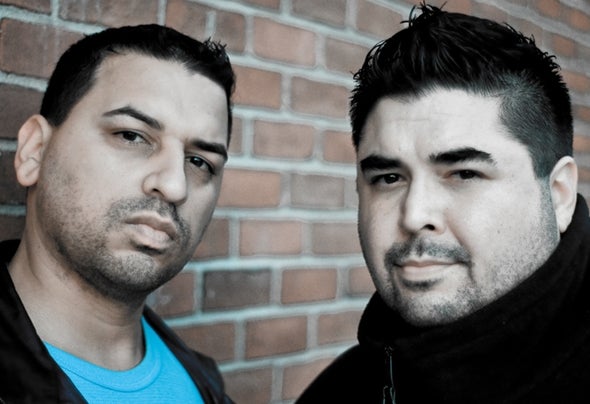 Long Island New York House Music Innovators Razor and Guido have been an unstoppable remix and production force since their first remix for Robert Miles "Fable" in 1996. Since then the two single handedly changed the face of american dance music with original productions like "Do it again", "Don't Look Behind you", The Build Up and "Miss The way" feat Reina. As well as solidifying their relentless energy progressive house style with remixes like Notorious B.I.G "Mo Money Mo Problems, Kim English's "Unspeakable Joy", Monica "The First Night" and most recently LaRoux's "Bulletproof" and "In For the Kill" singles, all of which show that Razor N Guido are not only billboard #1 dance artist but true multi platinum Remixer / Producers. First and foremost Razor and Guido are DJ's having traveled around the world supporting their productions and remixes and sharing their unique brand of NY hard house progressive music. "We are all about the energy, if it doesn't make you want to get up and dance then it's not us" says Razor. Not ones to stand still the two continuously strive to evolve and change their sound always adapting and morphing styles in unique combinations to create their signature sound. This approach has gained them the recognition from world Dj's such as Junior Vasquez, Johnny Vicious, Eric Morillo, Danny Tenaglia, Jonathan Peters, Sasha to name a few. In 2011 they were honored to be inducted in the Just Circuit Hall of Fame for their production and remix efforts through out their 15 year career as well as writing and producing music for award winning cable Show "Queer as Folk'" along with numerous other TV and Film contributions. This year they plan on concentrating heavily on their own productions starting with the rework of their classic single "Do It Again" with the help of fellow remixers Richard Grey & Lisa Kensington Trent Cantrell, J Quintel & Manufactured Superstars along with a host of others. Razor and Guido will not be satisfied until they explore all parts of the music industry or at least until there is no more music for them to be inspired from, which by all accounts Guido Says “is never gonna happen”. For more info and details please check out razornguido.com.