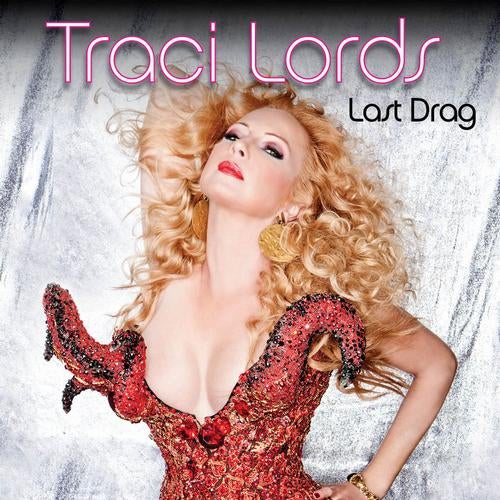 The notorious Traci Lords returns to the dance floor with a brand new high energy track about the cravings that tempt the innocent to the wild side. 'Last Drag', her first release through independent dance label Sea to Sun, was written by Anton Bass, Sylvia Tosun and Tom Lord-Alge / produced by Anton Bass & Konrad Carelli / Executive Produced and Mix Engineered by 4 Time Grammy Winner, Tom Lord-Alge for Traci Lords. Dance remixes include Razor n Guido, and Sted-E & Hybrid Heights. It releases worldwide on 400 digital outlets including Amazon.com and i-Tunes on Tuesday, September 20, 2011.

'Growing up, my life was about sex, drugs and rock n' roll,' says Traci Lords from her Los Angeles home. 'My motto was f*ck the consequences.'

'I still love some of those things,' she continues with a laugh, 'but I've added a heavy dose of love into my life and these days, I do the fast and dirty in the privacy of my own home.'

'Last Drag is my proclamation that I'm not running from demons anymore,' says Traci Lords. 'These days, I invite them in for a martini! I've learned you gotta keep your addictions in check and know where the edge of the cliff is."

Lords' first album, 1000 Fires, was released in 1995 by Radioactive/MCA. It comprised an illustrious group of co-writers including Ben Watkins, The Thompson Twins, and Mike Edwards. The lead single, 'Control', went double platinum, climbing to #2 on the Billboard Dance Charts. It was featured on the Mortal Combat sound track. The album's second track, 'Fallen Angel', was featured in the Denzel Washington/Russel Crowe film Virtuosity.

Similar to her previous dance floor releases, 'Last Drag' has a rock edge to it.

"I grew up listening to Pat Benatar, Ozzy Osborne and The Pet Shop Boys,' Lords explains. 'Rock has always been an influence in my sound. I'm all about the combination of dance, techno, and hard rock.'

'Last Drag' is being distributed via Sea to Sun. 'My close friend, photographer and reality TV star Mike Ruiz, introduced me to Sea to Sun's Anton Bass and Sylvia Tosun,' says Lords. 'They are incredibly driven, passionate and have an excellent taste in music. I'm really excited about the music we are creating and I love being so involved with all aspects of the music process.'