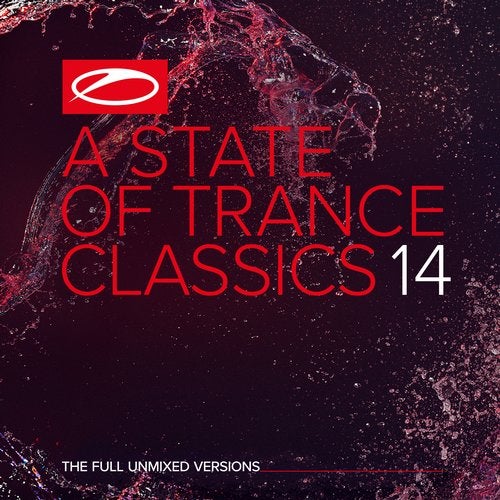 Pre-Order
Let's tickle your imagination for a bit. The club is so packed you can hardly move. The lasers are quick-firing rays of color over the top of your head and the stroboscope's flaring as the snare rolls pick up. The beat drop is imminent. You hold your breath, the people around you are bracing themselves and the music dies down only for a moment. And then, when it all comes together, when the iconic vocals start to play catch with the timeless melodies in a tempest of euphoria, you know you're in heaven. And that exact feeling is at the core of 'A State Of Trance Classics, Vol. 14'.

A surge of nostalgia-infused memories, 'A State Of Trance Classics, Vol. 14' is what some of the most beloved Trance classics of all time call home. From Avicii's remix of Armin van Buuren's 'Drowning' and Tiësto's edit of Paul Oakenfold's 'Southern Sun' to W&W's 'Mainstage', Thomas Bronzwaer's 'Shadow World' and other reigning classics from tastemakers such as Above & Beyond, Chicane, Dash Berlin, Markus Schulz, Moby and Vincent de Moor, this album taps into the bygone days to evoke moments of bliss in the here and now. It's where the past stirs the present, where emotion meets elation, and where the magic of the moment inspires the modern-day madness.

'A State Of Trance Classics, Vol. 14' is more than just an album. It's a tidal wave of memories, sensations and impressions packed into a collection of songs that changed the world. And through this album, those very songs may change the world yet again.

A State Of Trance Classics, Vol. 14 - The Full Unmixed Versions