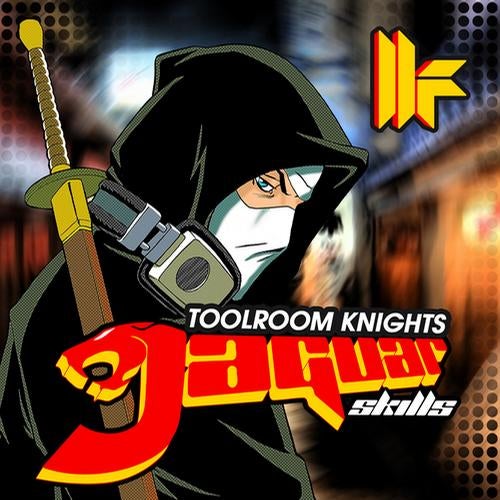 Honing his craft and love of music for the last 15 years, the rise of Jaguar Skills as the greatest Mash-Up DJ on the planet has been well documented. With a weekly slot on the Trevor Nelson Show, alongside regular performances on BBC Radio 1s ‘In New DJs We Trust’, the word of this groundbreaking DJ has spread globally. Becoming a regular fixture at ‘Toolroom Knights’, Jags skilful, lightning speed mixing has captivated crowds and won over an army of dedicated followers. Capturing the flavour of these sets, the mysterious masked ninja; Jaguar Skills paints a musical picture that has equal amount narrative as it does musical diversity. Delivering an aural assault of every tempo and style; from House to Drum & Bass, Dub Step to Hip Hop, and everything in-between, the latest Toolroom Knights Mixed by Jaguar Skills takes you on a foray through all colours of the musical spectrum.For the first time, Jag Skills delivers 2 exclusive tracks alongside production partner DJ@War, showcasing his versatility as both DJ & producer. The electro fuelled melody of ‘Potential Super Violence’ and the bass heavy onslaught that is ‘9 Levels Of Power’ are two additional highlights to the album, as are Jag’s mixes of ‘Gabriel’ and ‘Blitz’ which gives a new spin on recent Toolroom smash ‘Sinnerman’ by Sean Miller & Daniel Dubb. Intricately dissecting and reconstructing tracks to make new musical compositions, this is Jaguar Skills at his best and in true ninja style, Jag crafts a mix that packs a powerful punch and keeps you locked in from start to finish with tricks, snappy turntablism, sample drops and re-edits that will keep you listening again and again!