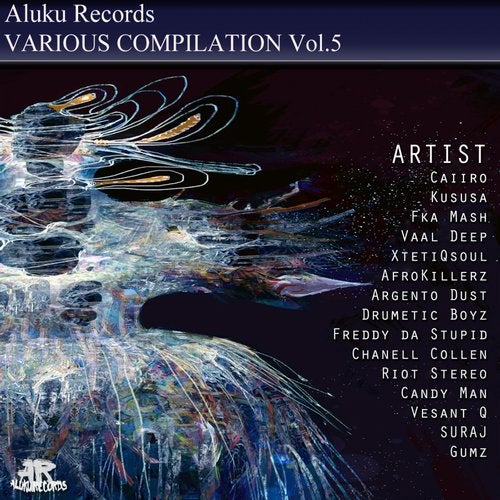 Starting off with the South African Afro tech producers such as XtetiQsoul a signed artist to Universal Music SA in the past is here for the first time on AR , Iklwa brothers members Chanell Collen and Vesant Q bringing their sound to the table which is a mixture of deep tech and Afro tech united as one.

Super duo growing rapidly and just had their remix featured on a massive UK label (Defected) Kunzima Theology and Samurai Yasusa who are individually signed to House legend Kenny Dope's record label (Dope Wax) now under the collaboration name KUSUSA and was meant to feature on last years vol 4 are now finally here .

New talent and under the name of Argento Dust(SA) who has been getting heavy air play from the likes of Black Coffee, Hyenah to name a few in resent times , Gumz another talented artist who had a track featured on Watergate record label (GER) late last year is included and also a very talented producer on the rise Candy Man (Drumetic Soul) who was on the last release with Afro Brotherz called 'Imbewu' and will hear a lot more from him on Aluku Records in the future .

Now to the Organic side we present a very unique Afro house producer Caiiro(SA) with his unreleased remix for a project called 'Kokula' by Infinite Soul, Two producers on the rise Afrokillerz(ANG) who are getting attention heavily in the Angolan and Portuguese Afro house scene , A special release by Kato Change & Winjo called 'Abiro' remixed by Riot Stereo(KEN) and SURAJ(KEN) who works for Redbull Academy and also played on the first Boiler room in their hometown Nairobi (Kenya) a few months back.

The energetic Afro dance floor hitters Drumetic Boyz(SA) are back after their debut EP a few months ago on AR, Again last featured on Vol.3/Vol.4 AR had no choice to bring back the ancestral sounds of Freddy da Stupid(MOZ) and deep/afro tech production from Vaal Deep(BW) .

This compilation Aluku Rebels wanted people to understand the two different Afro House routes, Along with names to look out for in the future via this years edition.

Hope you all find something to enjoy from this organic & electronic Afro House movement.