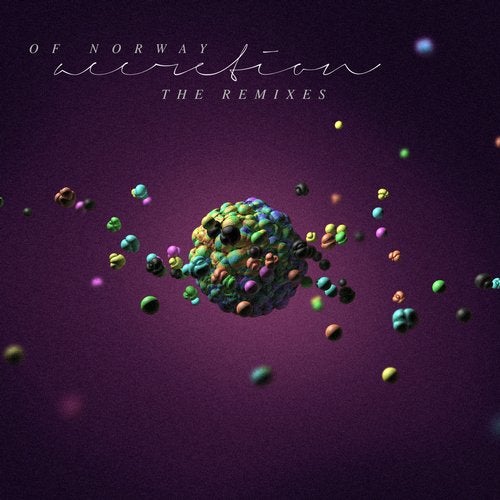 In May 2014, we released Of Norway's debut album "Accretion", a very personal and sophisticated piece of work. It was recorded together with several friends and many natural instruments, giving the album its unique feeling.
In the beginning of 2015, we started releasing the frist remixes of the album. The first was for "Spirit Lights", the wonderful title with the amazing vocals by Linnea Dale. We are very thankful that Diynamic's Adriatique and our man Lehar gave their best to create two remixes which dominated the dancefloors for many months this year. Adriatique's version was an Ibiza regular this season, a guarantor for open-airs and beaches, while Lehar's darker version put you in another state of mind. The next remix release was for "It's You", including the haunting vocals by the Norwegian singer Lois. Eric Volta made one of his remarkable fairytale house tracks, a track as though it were made for events like Burning Man, while The Drifter stayed a bit closer to the original, but created an energy you can not resist.
Next, we held the remix competition for "It's You" in cooperation with Beatport and can look back to many amazing interpretations of which we released three as a special digital product.
Now, we are happy to present the full remix album, including five new remixes by friends of Of Norway and the label.
We start with Patrick Zigon from Lake Constance in southern Germany, owner of the lovely Biotop Label and great DJ. He interpreted "Accretion", the title track of the album and turned it into a jazzy influenced space jam.
Next up are the fabulous boys from Dance Spirit. They took the ballad "Two Black Cats" and transformed it into a trippy 10am monster. We have had this version on our table for quite some time already, so we are more than happy that it is now finally being released.
The next remix is by Norwegian producer, sound engineer and good friend of Of Norway Terje Saether. He remixed the catchy "Love is Over" with its demanding bassline, emotive strings and piano sprinkles.
"Let The End Chime" was one of the last tracks of the album and as the play on words already describes, chimes are the central element of the track. The German-Canadian duo Moosefly, who already delivered the amazing "Between The Lines" on our summer VA BBQ Techno 5, worked around this element to create a brilliant tune with lovely attention to detail.
The last exclusive title is Of Norway's own live version of the track "Trampoline" with vocals by Malin Pettersen, a 10min live jam, recorded at Kater Blau in Berlin this year.
We are very thankful for all these lovely interpretations. All remixers did an amazing job. Chapeau!