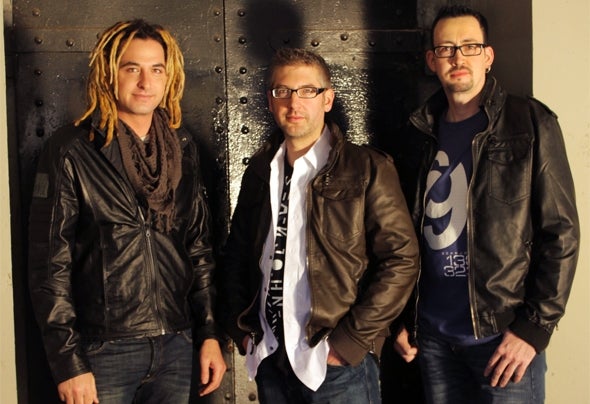 ntroducing Deep Voices. The cast of performers in this transatlantic group include Steve Baltes, Oliver Revillé and Jason Dyloot. Their sound is often described as blend of modern atmospherics with massive melodic parts, thick leads and deep pad sounds. The band has a style that creates complex presence both in the studio and on stage.Born in Moenchengladbach, Germany, just outside of Cologne, Steve Baltes was inspired at an early age by 70's and 80's Electronica, Synth Pop and Industrial. Music groups Kraftwerk, Visage, Ultravox, and Cabaret Voltaire influenced Steve to play around with synthesizers in the early 80's. In the following years Steve saved all money he could get to buy used analog synth's, sequencers and beatboxes and built up a small electronic home studio. The first of over 300 record releases and remixes came to light in the early 90s on the Le Petit Price Label. He also worked with the legendary german electronic group Ashra, among may other well known projects including Cyclone Tracy, N- Tribe and Mars & Mystré. Since around 2005 Steve put forward focus on the project Deep Voices as his main project, but also still performs worldwide with the group Ashra.Born in 1976, Oliver Revillé hails from Cologne, Germany. "I'm trying to create new fresh sounds - Music for the People - to transport the feelings I have".Oli started to play guitar at the age of 6 and also in fluent in bass, drums and keys. He began creating electronic music when he was just 14 years old, working mainly on the music program Cubase. His musical influences are broad, ranging from Jean Michel Jarre, Kraftwerk and Chicane to Van Halen and Toto. His first electronic project was his own under the name Reflow. In 2006 he met Steve and worked with him on a few Deep Voices tracks and in 2011 he become officially part of the group.The other third of Deep Voices is San Francisco based artist Jason "Dyloot" Sperling. Dyloot has been a musical staple in the US EDM scene since the mid 90s. In 1995, when he was 18, he moved up the California coast from Orange County to attend college at San Francisco State University. Two years later, alongside with good friend Tom Slik, he co-founded the largest record store in Northern California dedicated to electronic music, Skills DJ Workshop - A Little Bit More Then A Record Store. Jason was the music buyer for over 10 years at Skills DJ and In 2001, through their mutual friend DJ Mars, Jason met and traveled to Germany to work with Steve Baltes on music productions under the moniker Dyloot. They quickly noticed great musical chemistry, working on tracks together just seemed natural, and they became best of friends both in the studio and out which led to them forming the transatlantic partnership Deep Voices. Jason is the founder and creative mind behind the Skills DJ Events, which produces the largest electronic shows in Northern California. His sound is a mix of deep and abstract melodic progressive house and trance. "For me, music has to have passion, it has to grab you and captivate. There is so much beauty to be heard". Behind the decks Dyloot is best known for his warm stage presence and alluring DJ performance. He has punctuated his style with waves and sweet- sounding tracks.2013 is set to be a busy year for the guys, both with their own label Deep Voices Music and as a recordings artist for Lange Recordings. After three releases for Lange, "Heart of Glass", "Autumn Leaves" and "Because the Rain", their fourth and fifth release, "Call My Name" and "Sound Of Love", are set to be out in the early part of 2013, once again on Lange Recordings.