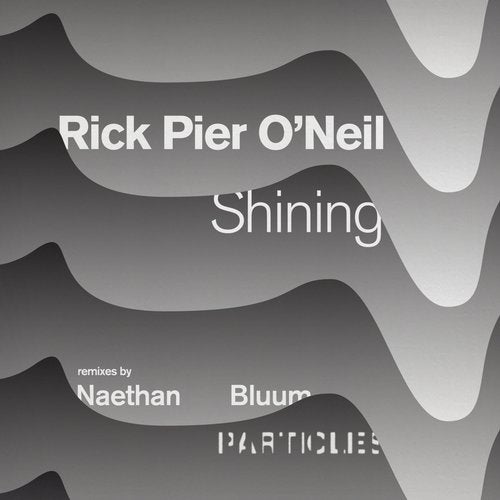 An artist with a 24-carat gold reputation across the underground dance industry, Rick Pier O'Neil return to Particles with "Shining". Remixes come from UK and Belgian producers.

Working with such global superstars as Stevie Wonder, Donna Summer and Lenny Kravitz, Rick Pier O'Neil went on to find a passion for the underground scene with his RPO and Garbage Records providing an outlet for his own work and a plethora of renowned artists. Furthermore, work for the likes of JOOF, Bonzai Progressive and Clubsonica have kept the Frenchman dining at the industry's top-table. A regular for Proton Music and Particles, the "One Side of the Underground" series and O'Neil's collaborative work with Desaturate has seen a clutch of original EPs hit both labels. With a trademark driving beat and rapid-fire hit-hat percussion, "Shining" immediately impresses. Building with each phrase, a subterranean sub-bass soon joins the fray while a gated synth groove adds a steely edge. Hitting its stride, from the breakdown O'Neil's immaculate production technique is in full flow as female vocal phrasing of the title and a trance-inspired motif make their presence felt in the third movement to devastating effect.

Another stalwart of the club scene, Steve Haines has created a sizeable niche for himself with a huge body of work under his own name. Creating a buzz around his Bluum moniker, a debut for UV in the shape of February 2018's "Glide" has been followed by regular appearances for the Paul Thomas run imprint with other high-profile releases on JOOF and mau5trap. A January 2019 remix of Izzet saw a Particles debut for Bluum as he now works his magic on "Shining" through a remix characterised by a glorious analogue bassline with all the characteristics of a filtered and modulated Moog. Using O'Neil's components to scintillating effect, familiar melodic refrains can be heard while a rich laid-back groove forms a strong foundation. A shimmering arpeggio makes a play in the third movement as Bluum's array of additional production material is a work of sonic art.

Describing himself as "the musical reincarnation of a Belgian artist with more than a decade of experience", Naethan has performed at festivals including Tomorrowland and Extrema Outdoor with releases on the likes of Suara and Rockets and Ponies. A nascent production career under his Naethan soubriquet saw an October 2018 debut on Nico Morano's Atmosphere Records before going on to feature on LW Recordings, Nothing But and Sound Avenue. Making his Particles debut, Naethan's intelligent use of O'Neil's remix parts sees him retaining the core melodic elements of "Shining". Using the rich flowing synth lines to maximum effect, the Belgian extends them with an impressive new chord progression that takes the original in a new melodic direction. A crisp rhythmic shell and mule-like kick create a dancefloor vibe in a striking reworking from the seasoned star that explodes into life post-breakdown.

A "Shining" light in the world of dance music, Rick Pier O'Neil continues to impress, ably supported by Bluum and Naethan.