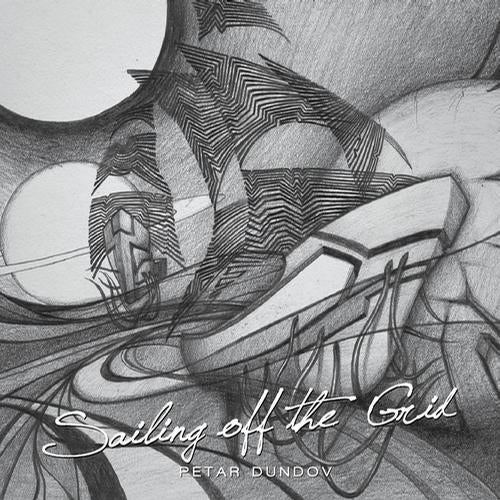 Petar Dundov runs his own 'Neumatik' studio in Zagreb where he works as a sound engineer as well as producing his own take on techno, ambient and electronica, much to the liking of respected artists such as Carl Craig, Sven Vath or Francois K. The Croatian producer might be best known as a producer of wondrous, melodically complex techno - but as revealed on his first two albums Escapements and Ideas From The Pond, his ambitions and talents as a musician are considerably more expansive than simply servicing the dancefloor. Dundov's third LP, Sailing Off The Grid, expands on the lush, intricate synth explorations of his previous two releases, but sees him delve further still into those realms, invoking the spirit of classic ambient and synth-based music of decades gone by. While the album spans just eight tracks, each track clocks in over seven minutes, and some almost double that length. Each is slow-burning, expansive, gradually unfolding to reveal more of itself and to develop its motifs and sentiments without the often hurried constraints of the dancefloor (or even more so, the radio). This is an album to be consumed in its entirety; not for those with short attention spans or iPod playlists on their mind. Enter The Vortex hypnotically seduces the listener into a hazy sort of submission as the album begins; a beatless exercise in simplicity whose mood swells through a cascade of soaring pads and softly twinkling synths and whose tension never resolves itself. Yesterday Is Tomorrow revolves around an Italo-esque arpeggiated bassline, and is the album's first track to work around a simple 4/4 beat, a flurry of synths shining brightly and melting into oneness thanks to spacious reverbs and delays. Moving begins from a hushed, delicate melody to unfold into an expansive, rolling progressive number, spilling over with emotive flourishes and freestyles and incessant brooding bass. A solemn, slow '80s stadium rock style drum beat on Spheres brings the tempo down, allowing Dundov to explore more complex and intricate melodic interplay still, the acidic bassline and slowly morphing sorrowful melodies of White Spring making for a stark contrast next. The title track is a throbbing, heady affair, which spares key changes and chord progression in favour of unrelenting, slow-burning arpeggios and tension over the course of a dreamy thirteen minutes. Sur La Mer Avec Mon Ami drops the tempo once again to a sunset slumber, soaring pads and an array of soft keys and guitar licks gently caressing the laconic beat. It's left to Cradle to round off this engrossing collection with its sweeping soundscapes and almost Oriental undertones; a fittingly unhurried finale for an album that likes to take its time about things. As well as the glorious aesthetic of this record, it's clear that this third album is indebted to the greats of the synthesizer world. The album imparts a - whisper it - almost Balearic sensuality, with a real sense of humanity elicited from Dundov's array of machines by way of ever-changing melodies and patterns, giving the sense of a spontaneous, freestyle approach to synth playing and constructing tracks. If his first two albums unearthed his wider musical talents, Sailing Off The Grid is the one that sees him blossom into an incredibly accomplished and ever-more-intriguing producer. Previous Petar Dundov albums: MMCD031D - Escapements, 2008 MMCD037D - Ideas From The Pond, 2012

Sailing Off The Grid