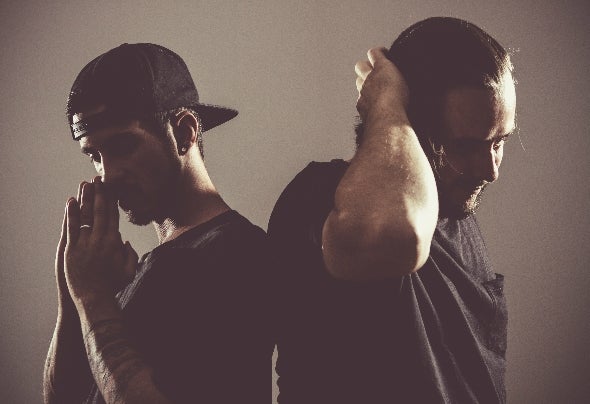 DRAG & DROP are a dynamic and eclectic dj and producer duo from Frankfurt, which was founded in 2012.The fact that they both come from different musical directions and the resultant mixture of the influences as well as the inspiration of the opponent, spurred them to their new electronic project. Drag & DROP can be recognized by their typical dirty housebeats, which bring the dancers ́s bood into a good mood.One of their first successes were the gigs at the Cocoon Club, followed by other important nights at: World Club Dome, WCD Pool Session, Sankeys Ibiza, Ibiza Global Radio, Sisyphos, Flex (Vienna), Stadt land bass, A.R.M., MTW, Gotec and many more. We may not forget that Drag & Drop are Tanzhaus West residents in their hometown Frankfurt, where the duo has its own series of events.Their own productions are not only loved by the audience, they also attracted the attention of well-known magazines like DJ Mag Germany, Trndmusik, Pur.de as well as the national radio station YOU.FM.Since 2016, their own productions results have gone up steeply. They were the official remixers of the following known Djs:Loco & Jam, Matt Sassari, Neverdogs, Arado, Fabio Neural, Tony Dee, M.in. In addition, their tracks were charted and played by Djs such as: Sven Vaeth, Carl Cox, Sascha Braemer, Reboot, Metodi Hristov, D-Unity and more.DRAG & DROP are currently working hard in the studio to finish the next tracks / remixes. Stay tuned!