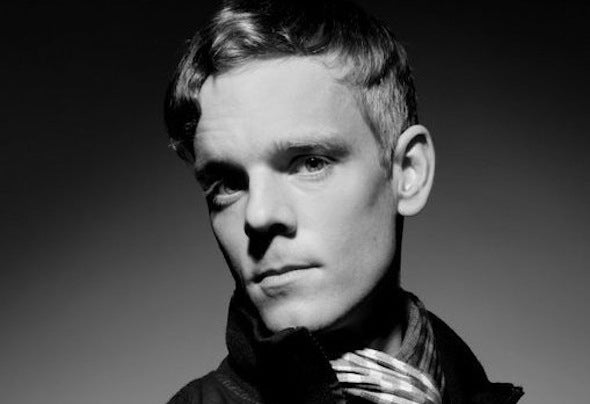 Not only is Paul Brtschitsch a producer, he is also a rare example of a live German Techno act who plays his shows exclusively with hardware. Inspired by his background at the legendary Omen club during Techno’s formative years in Germany as well as the classic sounds of Detroit, Brtschitsch has developed his own narrative style over the course of twelve years, accessing a rich sonic pool that is anything but limited to what is contemporary.In 1996 Paul released his first record on the Tritone label that was directly discovered and played by Jeff Mills. Having worked with André Galluzzi at Neuton, Paul founded Taksi in the same year with André as his collaborating DJ. Their track “Schneesturm“ was picked up by Richie Hawtin's Plus 8 and was re- released with a remix from Hawtin in 2001.Since 2000 Paul has focused on his own productions. He released the albums “Surftronic“, “Venex“ and “Memory“ under his own name on the Frisbee label that were met with critical acclaim. In summer of 2006, Paul Brtschitsch moved to Berlin and dropped a release on Berghain’s renowned techno imprint Ostgut Ton. Paul’s “Twirl/Under“ became the second release featured on the freshly founded label. The following year, Paul decided to found his own label "Rootknox" with the philosophy of an interconnected tree that grows “together from the roots up to the treetop”. Since it’s founding, Rootknox has put out seven releases including Paul’s 5th solo album entitled “Me, myself and Live”.In 2007, Paul co-produced Anja Schneider’s album debut “Beyond the Valley” that was released in 2008 on her own imprint Mobilee. The releases "Belize", "Mole", "Beyond the Valley" and several remixes for artists like Butane, Samuel Session and even the German pop band "Rosenstolz" were produced by Paul and Anja. 2010 saw further co-productions between Paul and Anja Schneider with the well- received Mobilee release of “Pushin”.The year also saw the release of the compilation “From Berlin to Buenos Aires”, a collaboration between the Berlin-based label Rootknox and the Argentinian club Cocoliche. An example of his expansion into new musical territory was his collaboration with Paul Schwingenschloegl on trumpet and Zam Johson on drums at Panorama Bar's celebration of 5 Years of Ostgut Ton.In 2011 Paul Brtschitsch marks his 15th year of producing and releasing more than 50 vinyl releases and almost 10 full-length albums. In celebration of this milestone, he is preparing an upcoming anniversary compilation that looks back at his varied and diverse career up to this point, and is also producing his sixth full-length released upcoming summer.Together with Michael Kunz he founded "Puresque" in 2011. Their first production "001A" was instantly licensed for Marcel Fengler ́s Mix CD on Ostgut Ton, meanwhile the "12" came out on Tresor Records. Their Album Debut "Leitmotiv" will be released in April 2012, meanwhile hosting a monthly residency downstairs Tresor which is called "Puresque im Keller".