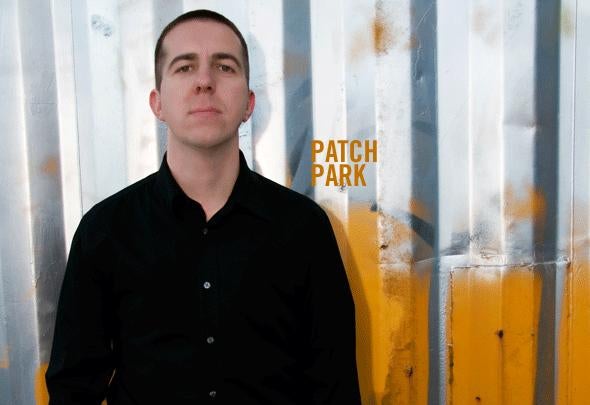 A fresh sound has arrived, and those seeking surprises on the dancefloor are advised to plug in to Patch Park. Although a relatively young project hailing from The Netherlands, Patch Park has already landed the accolades and placement of a veteran, landing singles on world-renowned and artist-helmed labels such as Little Mountain Recordings (Sander Kleinenberg), Yoshitoshi (Deep Dish), Audio Therapy (Dave Seaman) and Re*brand (Max Graham) and crafting remixes for the likes of Remy & Roland Klinkenberg, Dubfunk, Montero and Sultan & Ned Shepard. A recent song, “Made In Mayhem,” part of the Pitch Black EP on Yoshitoshi’s Shinichi label, presently sits in the top 10 of the techno charts on leading digital DJ music center Beatport. In fact, all of Patch Park’s releases to date, as well as his side project/collaboration Cyro, have managed an impressive feat of hitting the top 10s in their respective genres. For the past five years, Patch Park has made music and played at leading clubs and events in Europe and America. Having graced the decks at such hotspots as Amnesia in Ibiza, Godskitchen in Birmingham, Turnmills in London, Space and Mansion in Miami and Melkweg and Dance Valley in Amsterdam, he has played alongside and has garnered the support from world-class DJs like Sasha, John Digweed, Dubfire, Sander Kleinenberg, Desyn Masiello, Sharam, Pete Tong, Robbie Rivera, Joris Voorn, Max Graham, Armin van Buuren and Michel de Hey, to name a few. This unique ability to elicit such a solid, quality response in a short amount of time means that tastemakers are able to hear something different in the music. As it turns out, that difference is audible freedom Thanks to a significant yet unconventional reinvention of how he makes music—with the lead of an old-school sequencing favorite, Cubase—Patch Park songs are a much more accurate expression of his sonic ideas than ever before. And that’s freedom. “I’m in love with the program. I live and breathe it, actually,” he laughs. “When I have something in mind, I was never really able to translate it into the song, but it’s really been working for me. I think the whole dynamics of the tracks are better now and it all sounds more fresh.” Forthcoming releases include singles for Hot Kitchen (“Turn Around”/”Magic Beans”), Little Mountain (“Weekend Teknology”/“Silo” and “Synced”) and Audio Therapy (“Swell,” a collaboration with Özgür Can) and a remix for Oliver Moldan & Patric La Funk’s “Good Fellas.” It’s an exciting new time that’s full of possibilities. But what hasn’t changed for Patch Park is the primary source of a creative spark. “For me, the best thing is to have a good night out, or a good weekend, or if I have a good gig,” he says. “That’s my inspiration.” www.patchpark.com