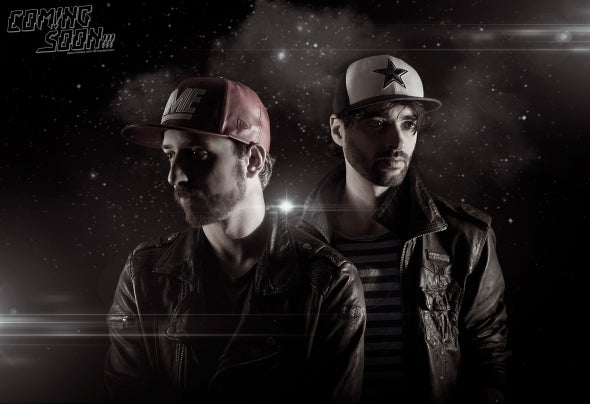 A brand new progressive trance project That already marked is name in the scene. With a debut EP released in mid April on SPIN TWIST RECORDS (most recognized label of psytrance), And planned releases for 2012 such as: massive remix to "CAPTAIN HOOK Vs FREEDOM FIGHTERS - MARSHMALLOWS". Another remix to "FREEDOM FIGHTERS - LITTLE PHATTY", And a brand new track that will be release soon on "CAPTAIN HOOK" V/A ON IBOGA RECORDS -"LIMITLESS". The names behind this project are: Dui Biton & Irad Brant, 29 & 26 years old, from Tel-Aviv, Israel. Irad & Dui already played on the biggest electronic stages in the world each with his own solo project. after years of playing and working together they decides to collaborate and started a serious project together.Both have reputation and experience no need mentioning . In short... "COMING SOON" are ready to smash some dance floors!!!! "COMING SOON" is all about progressive trance , deep basslines , knocking kicks , and a massive drive!!! , 2012 will be "COMING SOON" year!!!