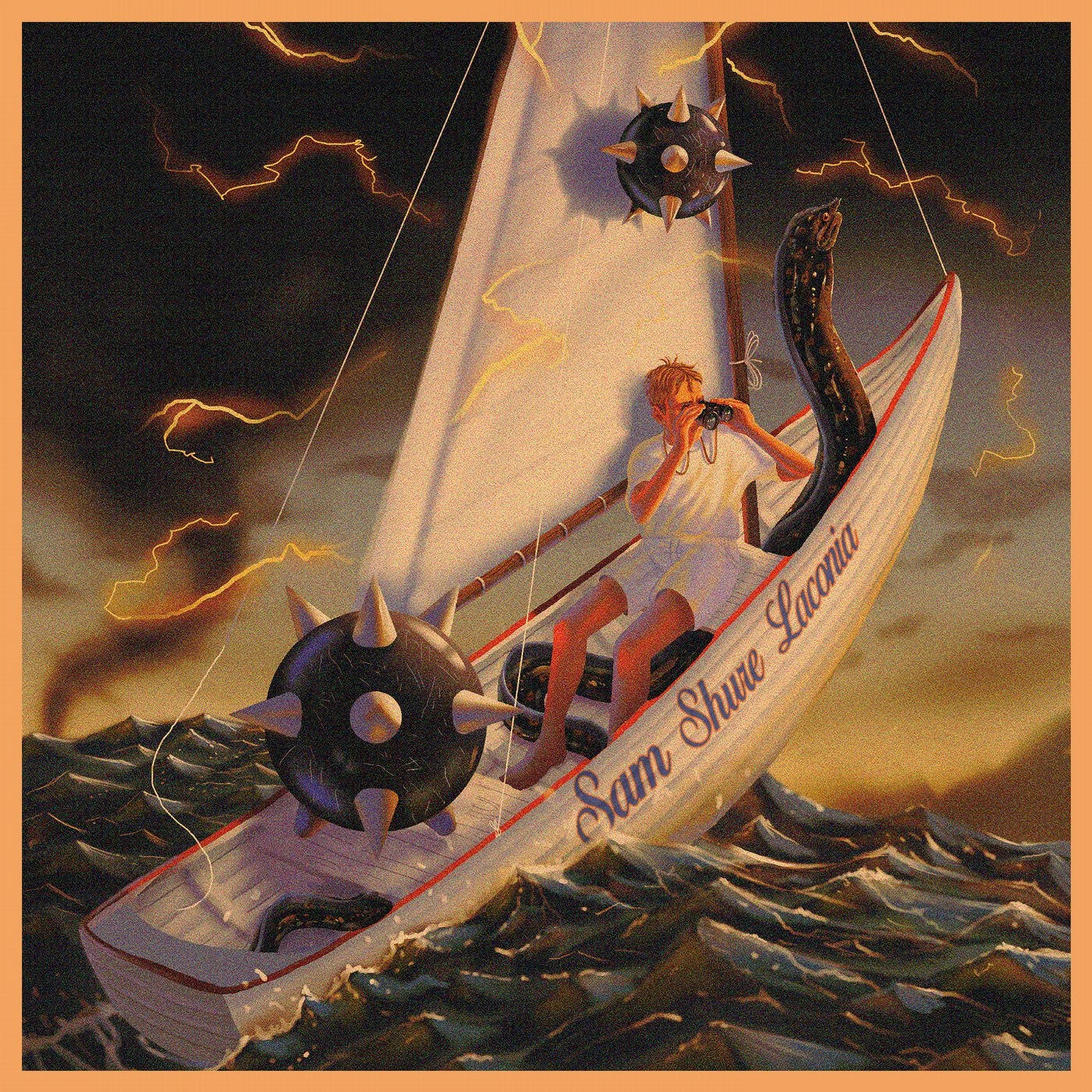 A natural for stirring melodies, Amsterdam-based Sam Shure channels his all-around manifold array of talents into his debut album. With its versatile moods yet compact constructions, Laconia is a self-fulfilling prophecy. The album features ten tracks that draw on Sams jazzy Egyptian roots while staying grounded in his usual melodic, mood-heavy aesthetic. With its warm tones, hazy pads and smart basslines, it creates a perfect ambiance for deep set dancefloors. Laconia features collaborations with fellow producers Cioz and Cook Strummer, as well as a special apparition by Sams paternal figure playing the Oud on Mirage. The tracks explore a diverse array of dispositions, from groovy up-warmers such as Mangata or Louna to more lively dancefloor aggregators such as Kamala Bani, on to the deeply polarizing, whirlwind synth dinger Guz or the more experimental self-evident Not Much To Say. A novel detail makes an appearance on Je te vois, an acoustic electronic dance number with poetic lyrics tenderly sung in French for the first time. The artists romantic side also shows through the mystical elements interspersed throughout, from the spellbinding Encanto to the dreamy soundscapes of Atreyu, named after the famous German fantasy book character. Thanks to a modest key riff and more cosmic effects, Aubade lends its meaning of greeting in the sun to the atmosphere, rounding off the release on an incandescent note.