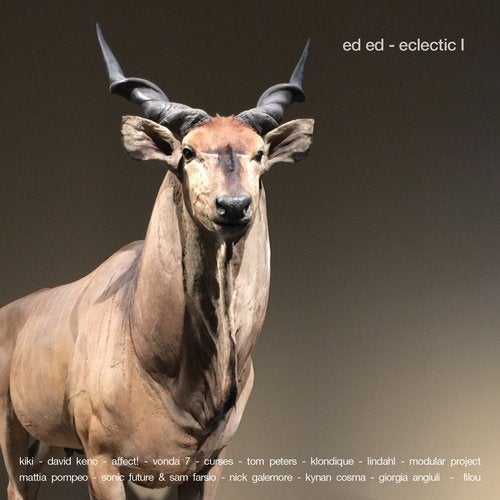 Sasse's now 20 year strong Moodmusic is proud to present the first in a brand new mix compilation series from one of its close friends, Ed Ed. Featuring an exclusive selection of 16 tracks, the Berlin based German has overseen every stage of the Eclectic 01 project and as such it is a very personal one that has been carefully nurtured from start to finish.
Ed Ed is Edmond Weinfeld, a producer and DJ of 20 years who has released his moody house wares on labels like Defected and Noir as well, of course, on Moodmusic, where he has released originals and remixes to great acclaim. This project has been his own little baby as he has unearthed and signed all the tracks himself.
Inspired by his own cultured DJ sets, the mix plays out like a series of stories for the dance floor and finds him pulling together refreshing new tracks from exciting names in both Berlin and further afield around Europe.
Mixing up both newcomers with more established name like Kiki and David Keno, the sounds range from long and haunting tracks full of atmosphere via glistening electronica and deep, heady techno. Perfect for those late night sessions and playing out like a full night in a club, Eclectic 01 is full of surprises and promises to be a much loved series for fans of many forms of underground club music.