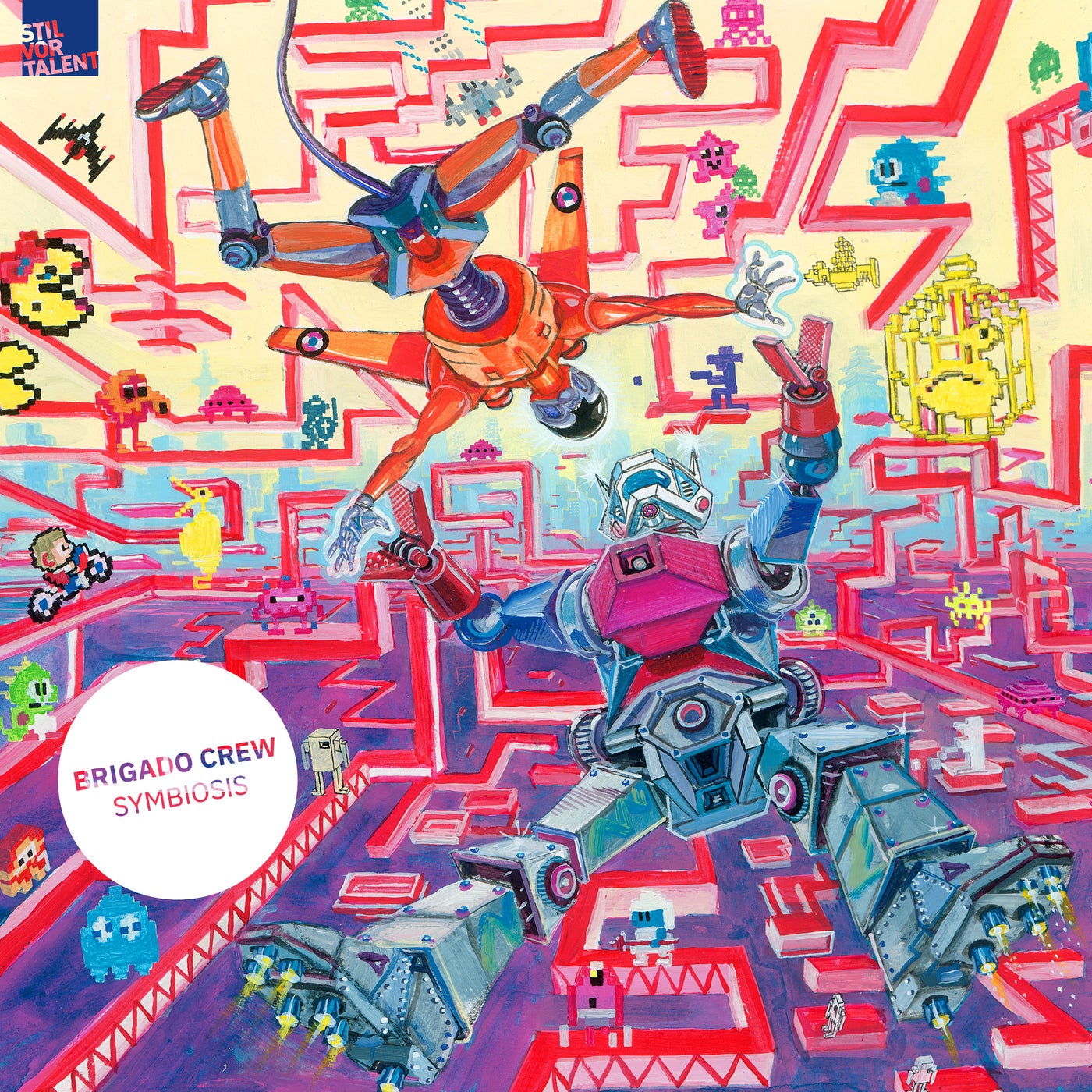 An ode to existence in a state of giving and taking; the Brigado Crew present their debut studio album Symbiosis. This 16 track long-player straddles genres, borders and eras to redefine collaborative modern sound.

Constantly reimagining the way they make noise, the Brigado Crew have experimented endlessly to construct this retro-super-futuristic dynamo.

Channeling the groundswell of optimism from the good old days, the Brigado Crew work all kinds of collaborative miracles, using modern production techniques to lend the album some depth and tension.

From the live studio recordings made on original 80s synthesizers to the myriad of feature artists, Symbiosis takes a broad brush to the sonic palette.

The ephemerally haunted vocals of Jessica Zese soar over post-disco grooves in the opening track Calamity. The softly-focused synths of this cut are a balm to the propulsive, industrial heartbeat of the album.

Always upping the ante is Ubbah, who serves up his signature deep, dark techno vibes in many of the albums peak-time cuts.

More than Human and Haptic embody futurism with a nod to 80s acid rave, the alienesque vocals of Haptic floating through Voids of Space, a cut which is just gagging to be played out on a really loud sound system.

Youll be leaning into the cascading percussive shakedowns and diving deep into the chant-along lyrics of esteemed British producer & vocalist Thomas Gandey in Find You, a totally Shazamable cut.

Another secret weapon in your arsenal of dance-floor ready bangers is Face the Music. Featuring the anthemic vocals of Aves Volare, this cut commands movement, its tremulous basslines creating a sensation of motion that shimmers in the air.

8kays delivers a convincingly hard edge to Robotic Destination, a hot-blooded, club-focused track that gets all up in your face.

Dipping in and out of post-post-modernism, while reaching far into the great beyond, Symbiosis ordains the Brigado Crew as the patron saints of future-forward throwbacks.