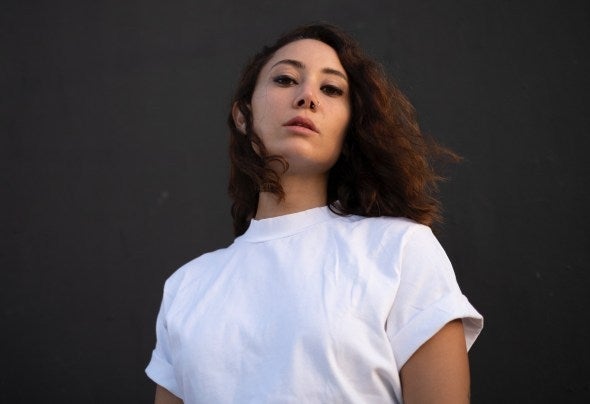 With huge early success as an international music blogger, fresh talent Istanbul-born Elif covered all the main festivals as a writer until, after teaching herself music production and mixing, she swapped ligging for gigging four years ago as a DJ. As a producer, her first release on Anjunadeep (2019) made her an instant favourite, and her Anjunadeep ‘Edition’ mixes are always a huge success. She recently played their #Anjunaunlocked Twitch stream, as well as crafting an epic lockdown set for Desert Hearts’ City Hearts virtual festival which made the Twitch main page and became the talk of towns everywhere. Also during lockdown she’s written new material – soon to drop on Stil Vor Talent and her debut EP on A Tribe Called Kotori– and reached her listeners’ hearts with livestreams both melodic and profound. Before lockdown, already a familiar figure at festivals worldwide with an incredible resume of experience and expertise, Elif had become a non-stop nomadic performer at the likes of Burning Man, The Monastery Festival, Anjunadeep Explorations, ADE, Kater Blau, The Gardens of Babylon and Flying Circus parties, Tulum, Montreal, Ukraine, Amsterdam... be it a dark club or a sunny beach, she brings heart, variety, passion and life-enhancing vibes to her listeners. All this, after a degree in Architecture, a spell working as an architect in Santiago de Chile, and a gap year which saw her already buzzing Twitter and Insta social media life blossom into full blogger ‘influencer’ status before the term was even invented. Elif wrote about her passions, music and travel, hitting up global events like Glastonbury (‘my yearly pilgrimage 3 years in a row’), Fusion, Reading, and becoming an oft-invited guest at Coachella, SXM, Sziget, writing up her experiences for landlocked music fans back home and even launching and managing a new Turkish indie band. Clearly her social media chops remained sharp, as in 2018 she delivered a TEDX talk on being a female role model in Turkey.