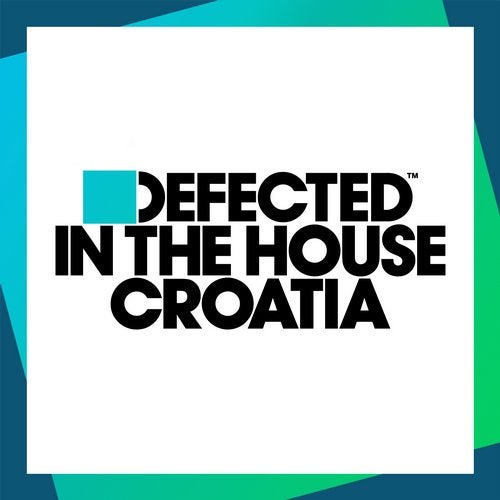 All roads lead to Croatia this summer. In August Defected will host its first full festival at the celebrated Garden Resort in Tisno on the stunning Adriatic coast. Defected Croatia 2016 is set to bring five days of pure house hedonism to this idyllic spot with an incredible line-up of quality artists and DJs, a unique blend of talent that will see fresh underground performers, superstar DJs and a community of discerning house enthusiasts share a truly special week of music.

The album Defected In The House Croatia truly reflects what the new festival is all about. Our debut Croatia release comes in three parts, with each side mixed by a producer not only taking their place on this year's line-up but also making genuine waves in the house music world right now. Kai Alce, Crookers and Dario D'Attis are three key players featuring in the significant dance charts and shaping the house sound of this summer. They have captured the essence of what's giving Croatia such wide impact on today's global house music scene.

Each producer has come up with a mix that sets the tone for the festival's beach bar, mainstage and sun-soaked boat party settings. Highlights include a cut from the 4th Floor Records archive with Fallout's 'The Morning After' (The Aftermath), Crookers' new track 'A Place In My Heart', Mr. G's 'Precious Cargo' (Mr. G's Out Dub) and an exclusive Dario D'Attis Remix of Alaia & Gallo's highly-charted summer special 'Who Is He?'

The mixes include a balance of big-hitting tracks like these along with lesser-known cuts chosen especially for this release by Kai, Crookers and Dario, giving an insight into their DJ selections and the artists they are currently rating.

Club favourites ATFC, Tommy Bones, Dennis Ferrer, Kerri Chandler and Kings Of Tomorrow tracks are also in the album, expertly mixed by the producers who represent the label's forward-thinking sound intuitively. Defected In The House Croatia is the ultimate preview for this summer's inaugural Croatia festival adventure.


Defected In The House Croatia

Defected In The House Croatia