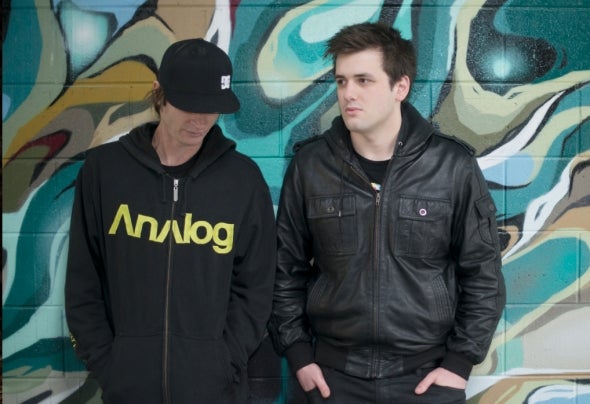 Who would have thought a combination of knowledge and experience crossed with raw talent and musical ability could combine into such a successful partnership, especially in little old Adelaide, Australia. In a very short period of time “Dirt Cheap” aka Dj Brendon and Darryl Mitchell have taken the Aussie dance music scene by storm.Dj Brendon has been a well recognised name on the national circuit having been a part of the countries dance movement for over two decades now, with a Ministry Of Sound cd under the belt, countless awards at both state and national level, a long standing radio show broadcast all over Australia and currently promoting one of the biggest club nights going around at the moment.Darryl at only 21 years of age brings a classically trained ear to the team and a sponge like mentality when it comesto production techniques and musical influence. His uncanny ease and pace in the studio makes for quantity as well as quality which allows “Dirt Cheap” even with their separate hectic working lives to knock out tracks with relativecons is tency.T he guys met at Adelaide’s HQ nightclub in 2011 as Darryl, a budding bedroom producer, persuaded Brendon to listen to his then early reworks of popular tunes of the moment. Seeing the untapped potential Brendon approached the rookie to get together and work on a remix for Mobin Master’s “In My House” as part of a competition. The mix ended up winning thus the partnership was born.From that point on it has been a relentless stream of remixes for artists like Vandalism, The Only, The Stafford Brothers, Dj Kronic, Bombs Away, Rave Radio, Denzal Park, Christian Burns, Stefan Dabruck and Nicki Minaj, Pitbull & Taboo from the Black Eyed Peas. Almost all charting well in the Aria Club Charts week after week. Their debut single “Turn That Thing Down” through Ministry Of Sound’sHussle label landed early 2013 to a rousing reception charting as high as #15 in the Beatport Electro Charts. Internationals like Chuckie & Deorro championing the track to the masses throughout tours of America during the Miami Music Conference week.The next installment of the Dirt Cheap story “Somebody Scream” a club banger with remixes from Joel Fletcher, Rave Radio and Senor Roar has just dropped and has hot #13 in the Aria Club Chart and #18 in the Beatport electro chart championed by everyone from Will Sparks to Timmy Trumpet.Certainly exciting times ahead for the production duo with gigging now taking place too, so watch this space. “Dirt Cheap” are only at the beginning of the journey and set to make waves both in Australia and overseas.