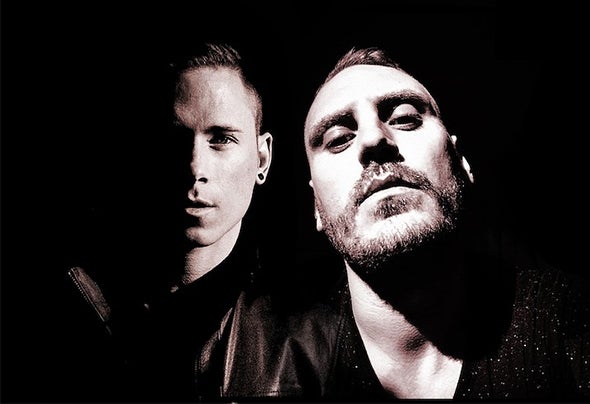 DJ and Production duo, ‘DASCO’, are responsible for many talked about tracks under various pseudonyms throughout the years, including ‘Get Busy’ (Tune of the week Kiss FM & Radio 1) to the laid back chilled vibes of ‘Another Valentine’ & ‘Always Be Together’ on Mark Doyle's Fierce Angel imprint. The pair have been lucky enough to tour the World writing with a host of superstar vocalists including Jocelyn Brown, Sam Callahan (X Factor), The Honeyz, Andrea Britton, Tara McDonald, Katherine Ellis, Amanda Wilson, Daniel Pearce and most recently Deborah Cox with 'Let The World Be Ours Tonight' hitting #1 in the US Billboard Dance Chart and #2 in the UK's Music Week Commercial Pop Charts. DASCO have DJ’d all over the UK as well as touring toured Australia, Japan, Philippines, Hong Kong, Finland, America and Brazil.DASCO, firmly established themselves as a production powerhouse after the huge success of their debut single ‘What I Need’ charting around the World and championed by Radio 1 & Radio 1Xtra, Kiss FM, Capital FM & Capital Xtra, B- List on Gaydio as well as other big stations globally. Released by Phonetic Recordings, ‘What I Need’ hit No.1 in the US Billboard Breakout Chart, No.5 UK Dance Chart, Top 10 European iTunes Download Chart, No.9 DMC Buzz Chart and signed to pretty much every territory across the world from Majors labels to key independents including Sony, Time, Xelon, Radikal, Kontor, TOCO and many more.For the last couple of years DASCO have been busy behind the scenes producing & mixing over 60 top 10 Chart Hits, including No. 1 singles, for a number of well known acts. Chart positions in US Billboard Chart, KingsofSpin, Music Week Club Chart & Commercial Pop Chart, iTunes Dance Chart, TrackItDown as well as being supported on National Radio playlists in multiple Countries around the World including, UK, Japan, USA, Belgium, Sweden, Germany and many more territories around the World.