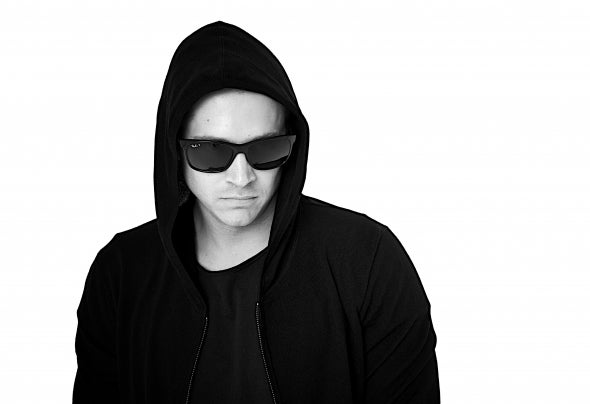 Requested and respected, you won’t find a weekend spare in the schedule of Ben Morris. Dismantling speakers in all his glory from Brisbane to Bondi, there is a whole lot of love coming from a decade of electro, big room and tech house DJ experience and just three years in the studio. Born in the UK yet recognized by Australia’s leading electronic labels and promoters across the country, it is imperative to remain tuned in to this forward moving talent as his own entity and with vocal ally MC Losty as the team- Morris & Losty.As an ARIA DJ taking on the highly competitive nature of the electronic music industry, its without a doubt Ben Morris is proving excellence in his line of work. With a plethora of official remixes including Feenixpawl’s ‘Seasons’ from Onelove and Mind Electric’s ‘T he Night’ out on Vicious Recordings, let this young artist take the throne. Sitting inside the Top 10 ARIA Club Charts Ben Morris has oozed top line class with ‘Rock You’ alongside Venuto featuring Michelle Martinez. Beat My Day were one of the first to share the love proclaiming to house heads in the universe of the summer sizzling piano chords to come from this feel good tune. Neon Records maintain strong embrace for Ben Morris while ministry of Sound have released two Kink compilations- a favorite for ‘satisfaction’ with In The Mix. Ben Morris also has recently mixed the first compilation of the Not Myself series, for Sony Music Australia.Take yourself out on any night of the week and it won’t be a rare occurrence for Ben Morris to be lining up the tracks to club heads from Australia all the way to Ibiza. Bouncing off the walls at Pacha and Soho Sydney, while Queensland lap up the eagerness too, Ben can quite confidently claim credit for the larger nights around town. It’s no surprise Australia’s most successful promoters expect chaos in the clubs when the last decade from this artist has been absolutely bulging with madness. Making his mark on Big Day Out’s Boiler Room’s buzzing decks to Sensation White, Future Music Festival, Summadayze and Australia’s biggest electronic music festival- Stereosonic; Ben Morris will ignite a crowd in a heartbeat. A newly appointed resident at Pacha Sydney (launched in 2012), Ben Morris adds to the mad burlesque and sensory overload of the venue, whilst providing an unmissable show. Lining up on the same platform as David Guetta, Steve Angelo, Deadmau5 and Joris Voorn, the hottest events in Australia and the globe feel an empty space when Ben is not around. The world is so far away yet so close for an artist like Ben, with an infectious demand from Asia to Europe. Riding a wave of highly acclaimed spots at Es Vive in Ibiza and South Korea’s Club Mass it wasn’t long before the tours abroad were sailing in.Exuding seamless business assets, Ben Morris not only delivers a melodically refined array of tunes but also translates his musical credentials in the parties he involves himself with. Working with Paul Strange Present’s ‘Space NYD’ and Kink’s Scott Robinson, Ben Morris takes a highly respected mantle as DJ, producer and promoter. Future Entertainment’s Scott Robertson speaks first hand of Ben as a determined individual who earned his stripes as weekly resident at KINK for over 5 years in Sydney. His technical skills, musical diversity and ability to read a crowd meant he could always be billed and deliver only the best support to high-end international artists.Recent achievements only show that after ten years in the industry, Ben Morris is still a star on the rise. Announced in 2013, Ben Morris has joined a wealth of Australia’s premium dance music talent with his signing to Ministry of Sound artist agency Soapbox. Ben Morris. DJ and producer. Utterly. Flawless.