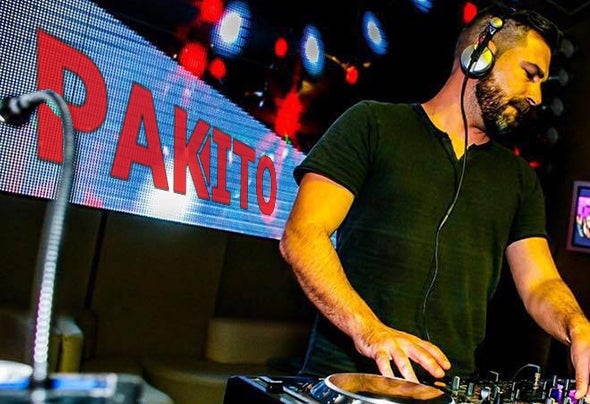 Julien Ranouil aka PAKITO become a celebrity thanks to “Living On Video” one cover of TRANS-X which had been sold in 2006 more than 350 000 copies and had been #1 in France many weeks, after it PAKITO invades Europa then the whole world. The track reaches more than 14 millions views on Youtube.Thanks to this success, he releases the album « VIDEO » which been sold over 80 000 copies. « Are You Ready », « Moving On Stereo » are from this album and known also huge feedbacks.Some years later, he releases under KARLUX pseudonym : « The Riddle » which unleashes the east country’s crowds. Then he takes back his name to launch « Electro Music » and « Harmony » also really well received in East Europa.The name PAKITO comes from a Basque’s « dance » from where Julien Ranouil is native.After 6 years of tour, Julien decides to take a break which end in September 2016 et starts to produce again. He works in with WARRIORS (one duet composed of Laurent Veix and Dany H) for the tracks « Living On Video 2K17 » and « Ready ». Some new tracks are in production now and its promises some hits.Site web officiel : www.pakito.rocks Management : olivier@pakito.rocks Facebook : fb.me/pakitofficielTwitter : twitter.com/TheRealPakito Instagram : instagram.com/pakitofficiel