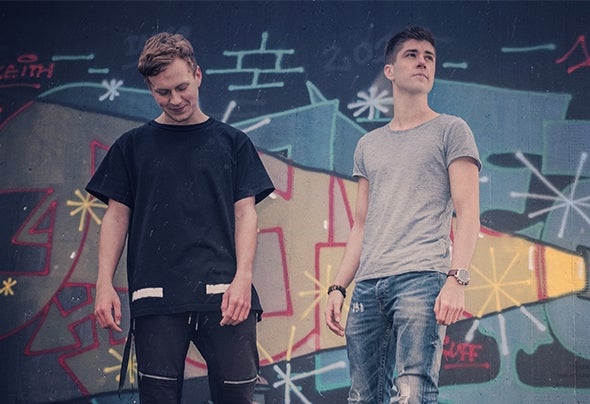 Discovered in 2016 by DJ DANNIC, the number 61 DJ in the World, We AM already signed 6 songs on his Label Fonk Recordings Sub Label of Spinnin Records. Their newest release is together with Dutch DJ-duo TOM & JAME. We AM, the dynamic DJ and Producer duo from Bern - Switzerland, both born in 1998, started making their own tracks in 2013. The melody of their first track was made on an unused piano during a ski camp in school. The two guys got huge support in the EDM scene. Their tracks are getting played around the world, by top artists like Martin Garrix, Dimitri Vegas and Like Mike, Hardwell, W&W and many more.Their tracks not only got superb supports, they also made big moves in the Beatport charts. The most successful track was the collaboration between We AM and DANNIC called Move. It skyrocketed onto place 3 in the Top 100 Beatport Charts and stayed there for 3 months. It also got over 320‘000 Spotify plays. They are not only present in their home country, also abroad they are very successful. The first foreign gig was during Amsterdam Dance Event at the Fonk Recordings label night. One month later, We AM played at Shine Club in Rzeszow, Poland. The club was Full and the audience loved their performance.