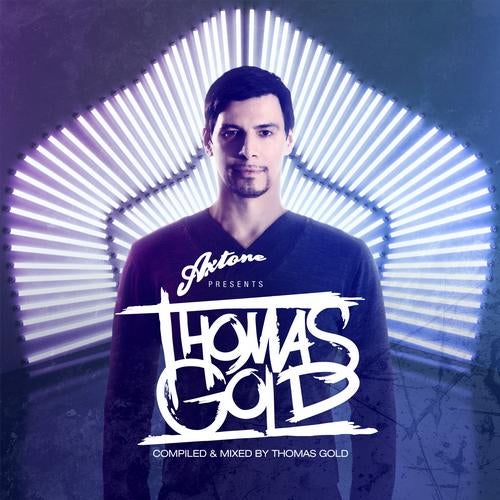 Thomas Gold has the Midas touch and with a debut compilation, Beatport No.1 and a string of huge remixes and tour dates, 2012 is undoubtedly his year My sound is progressive house music, with influences from techno, tribal and trance music. This will be the sound of my compilation, reflecting the sound of when you see me live.  Thomas  Gold.   DJ and Producer Thomas Gold is pretty happy, he is about to release his debut compilation on Axtone. Its   not just that either, his most recent track on the same label, Sing2Me, was a bona fide Miami big tune. It first appeared in  DMCs  Miami  Buzz Chart and then The Swedish House Mafia played it exclusively when they sat in for Pete Tong on his Essential Selection. It then went straight to the Beatport No 1 spot on release. Given all of the above along with the fact that Thomass stadium touring and remixing schedules have been immense of late, it really seems Thomas has the Midas touch and this is his year. Thomas has been on a steady ascension over the last few years whilst developing his powerful and unique progressive meets tech meets main room house sound. It was tracks  like  Marsch Marsch on Toolroom, Alive and Eyes Wide Open in collaboration with Dirty South on Phazing that originally shined a spotlight on him. However it was AGORa with Steve Angello on Size that helped cement his status as a world class producer.    It  wasnt long before he was counting DJs as varied as Tiesto, Calvin Harris, David Guetta, Laidback Luke and of course the guys from Swedish House Mafia as fans of his productions. Then there has been his remixes, which are all heavy duty reworks with some of dance and pop music biggest stars. Thomass first major remix was Fatboy  Slims  Star 69 which had instant impact, then he went onto re-rub  two  of  pop  musics  biggest  female  talents  with Lady  Gagas  Judas  and  Adele  Set  Fire  to   The  Rain, the latter of which currently boasts over 13million views on Youtube. To top it all, Thomas newest remix is of the super cool Swedish indie pop legends Miike Snow  The  Wave. So it is no surprise that he has now been invited to present the first in a new compilation series  on  Axwells   respected imprint. With Thomas given carte blanche on the track list you can expect to hear a heavy mix of Thomas's own releases, remixes & re-edits both from the vault & fresh from the studio. There will also be Axtone classics & exclusive content from Thomas's own record bag and USB stick (his technology of choice!)