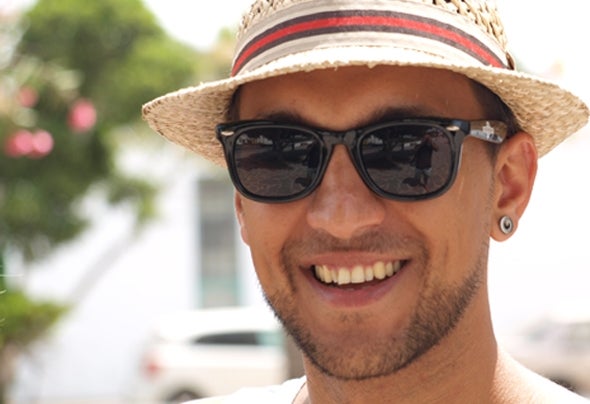 Born in Montevideo in 1983 and raised in Barcelona, he’s been in contact with electronic music since he was very young, and at the early age of 13 he became interested in production, performing amateur jobs for several years. Always investigating and innovating, his style veered towards deep and techno house, and in 2005 he decided to also make a start in the world of mixing. Having done sessions in many clubs arround Spain. He defines his style as rhythmic and effective, leaving commercial archetypes behind. You just need to listen to one of his sessions to discover his eclectic, personal style. It’s music to listen, feel, dance and enjoy. In his role as producer, he has done several jobs and remixes for Substream, Presure, WhoBear Record, Progrezo Record, LW Recording, Sushi Records, Circuit Recordings, Cutoff Recordings, White Island Recordings... and he has stamped his personal touch in each of them. He is currently in labels such as Sushi Records, formed by DJs and producers such as Molina, John Jacobsen, Jose Franco, Pedro del Moral, Dj Ruff and Fran Nicolas; and White Island Recordings, which includes Florian Gasperini, Jose Maria Ramon, Zo Romita, Xavi Beat , Javi Mula , David Herrera , David Moreno , Quakesound , Biosonik , Victor Gonzalez , Basilio de la fuente, Desk One, Matt Sanchez, among others.