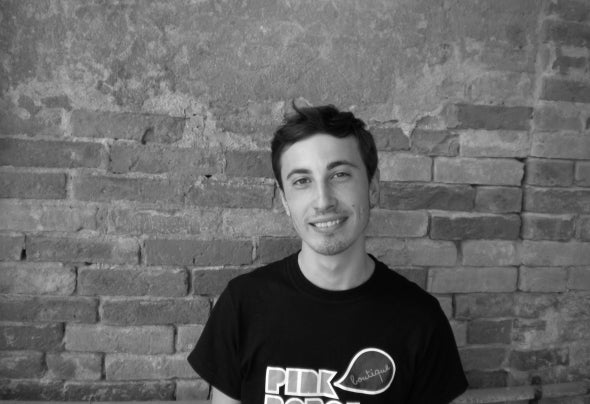 Claudio got fascinated by 80's sounds but especially Detroit Techno. In July 2008 he started own production with Ableton and is constantly learning Live tricks for his unique DJ sets that have already earned him guest gigs in Stuttgart, Wiesbaden and Frankfurt. At the end of 2009 he released his first ep for the best Australian Techno label Elektrax Recordings and became one of the resident artist with his remixes.2010 was the year of change, in october he won the competition of the greatest Japanese dj and producer Shin Nishimura and his remix was released under the Tokyo's label Plus Records. All his tracks are mastered by himself in his studio because he always needs his special warmth on it. They are also supported by artists like: Claude Young, Marshall Jefferson, Carlo Lio, Billie Ray Martin, Richie Hawtin, Robert Babicz, Autistic, Daniel Soave, Dj Unulufu, Dj Hi-Shock, Little Nobody, Dj Warp, Darkmode, Shin Nishimura, Minilogue and Orlando Voorn.