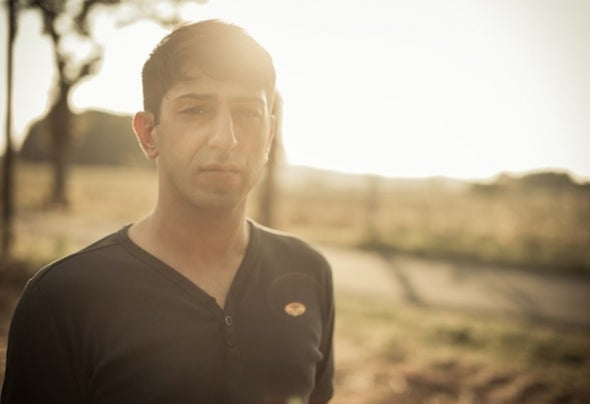 The story sounds all too familiar: There once was a club visit and everything changed. From 90`s Hip Hop and Breakdance to electronic music and never turned back again!DJ Murat Acar shares this way with many others of the scene, of which best known is probably the Frankfurt veteran Loco Dice. No wonder, the youth of the 1980-East- Westphalia-born was influenced by artists such as Run DMC, Naughty by Nature, Tupac, Ice-T and Ice Cube. T he striking difference from other DJs is speed and floating rhythm with which he discovered his love for electronic club s ounds .The eloquent DJ recalls his first contact with his today's sound as following:“It was like an epiphany. T he avid club crowd in combination with the compressed-pumpin` club- sounds got so deep in my brain that in a split second it was clear: THAT is it!”Usually a typical Murat Acar - Set comes too far too quickly to an end because with his sophisticated blend of finest rarities and latest club hits, he skillfully drives the dancing feet like a shepherd. Swirling arms in the air are signaling: PLEASE DON`T STOP!And when it suddenly comes to an end, you realize the intensity of the moment when Murat Acars beats hit you like a wave. His trademarks are unique and rarely heard treasures that he embeds very unexpected into his music. And so he always hits high score. With tracks that many revelers often associate with "first partys" in the celebrating-past, he brings nostalgic feelings of that time to the dance floor of the present.But how did this happen? Twelve years old in 1992, still under the spell of chant, in '94 the - literal – step to Breakdance followed. The smart Westphalian was moving his body rhythmically to the music, five years before he turned his first records. In 1998, the Hip Hop era of „Absolute Beginner“and „Eins Zwo“, he started his first beat– experiments. But a club visit in 1999 has changed everything and brought him to the electronic music-street which is – well known – an irreversible one–way ticket.A style-switch to top–speed. Because, so far there were only beats and bass beyond 120 bpm in Murats Life! And it was the right decision: Since 2001 more and more clubs are down with the sound of the sympathetic German-Turk. Three years later a signal turned out in 2004, which he interpreted correctly: He won the DJ Contest in XXX and recognized:“"Winning the DJ contest was an important sign for me. I realized: Okay, the party crowd wants my music, so I started banging in their eardrums.”From 2006 Murat Acars sets turned out being more technoid and more minimal which culminated in his first EP “Solitaire”/Parquet Records. Meanwhile he has found his own style. Like the “Tripods” from the `80s cult-series he succeeded walking with two legs into the future, and with the third one he places unique records from the past into his “mixing” which is characterized by clean transitions in an excellent way. The result is progressive sound with oases of blush where you can relax before the next record continues the rhythm – trip!And Murat Acar has a goal:“In the last 10 years I have visited many musical terrains. Now I look forward to the next 10 years, in which I’m going to press my own style on self-produced records. I want to attract attention not only by sets but I want to reduce my musical expression to the essential. I want to achieve the same effect with single tracks as with a 90-minutes-set. “Aw, a Murat Acar – release are sentences with whom I’m very happy with. This is my quasi-Marshal Plan for the future.”