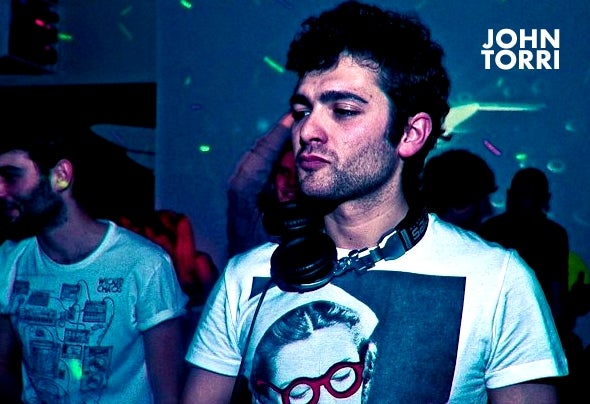 Always fond of music thanks to his father that grows on bread and vinyl in 1998 when John was born artistically through the first savings can buy the first pair of turntables. First, progressive techno oriented very fashionable in those years over time his style has been enriched by new sounds and nuances, thanks to the continuous listening to various genres. Groped in 2000 began the first experiments with some programs for music production, but only in 2006, and after several attempts, he sees the light of her first EP PeakHourMusic Rec, American label that suggests the creation of remixes the artists of the roast. During the same period also go out for two ep Ambiguos Record (now defunct Canadian label whose favorite sounds more minimal). In the years since trying the approach with a more soft and melodic usually overwhelms him fully. To be seduced by the sounds of Deep House and combine with bases more Tech and so was born the style that still distinguishes it. In 2009 he started working with the staff Electro Wild Flowers that allows him to perform with some of the best Italian DJ. In 2010 he started working with Incense Records, which produces 2 Ep , 1 of which is supported by Laurent Garnier, which places it in the playlist of his web radio.In same year out of Keep It Simple with a remix for a friend Berny. In 2011, the first EP on System Recordings, historic American label into the Top 10 of the label on Beatport. In the same year created the Doom project, which explores the nuances with the more obscure and experimental techno, soon will be released the first EP of Doom Toxicated Beat. John is also part of the project along with the Dark Room Alliance Peder MasTeeveh friends. The first EP came out on the project Gynoid Audio, industry-leading label, and is supported by many international and national DJ!