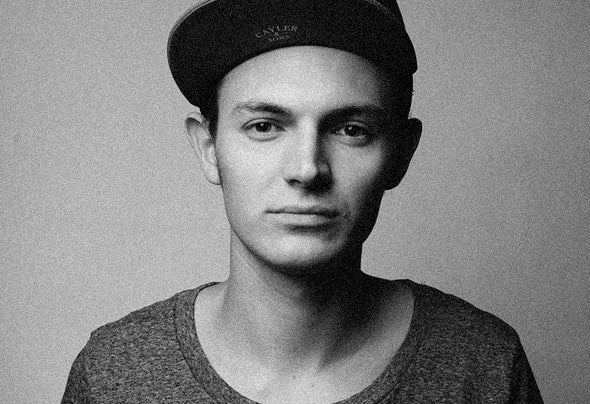 Friday the 13th is not always equal to a fatal day. This is also not the case in terms of Dayton, who was born in Bad Honnef on that day in December 1991. At the tender age of just twelve, Moritz Quast, which is Dayton’s real name, got familiar with electronic music and started to spend a lot of time listening to and analyzing mixtapes and live sets of famous DJs. “What mesmerizes me most on electronic music, is the fact, that nothing is impossible. Almost any idea can be implemented.”, states Dayton. “I also love the crispy 4/4 beats, you can’t keep your feet stand still to. I’m a gifted party-goer myself and I dance a lot.” Influenced by the fascination of this music, the desire to shape the scene on his own as well, germinated in him pretty quickly. In 2004, he bought his first Technics turntables and supplemented his set-up later on by a digital DJ-controller. With that combination and after training real hard he finally stepped into his first successful gigs, e.g. at Rheingarten (Bonn), Douala (Ravensburg) or Cubique (Innsbruck) [...] Influenced by the sound of Deadmau5, he began to produce his own tracks in 2007. Today, headquartered in Cologne, Dayton is still a relaxed and always fun-loving person who discovered his own unique style within the time - a furious mix of progressive Deep House, Electronica, Techno and Lounge.