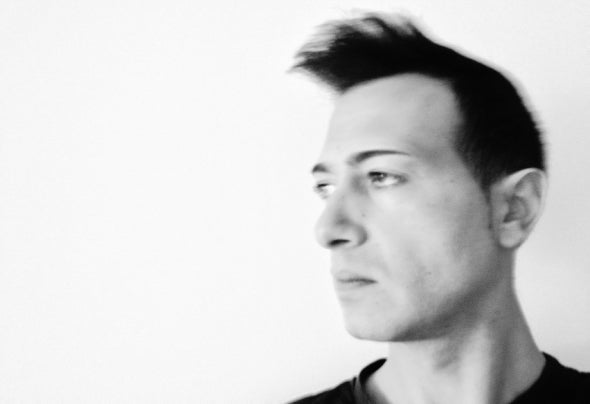 MR ACIDJ born in 1979, it is approached to the music to the 14-year-old age, from the passion of to see a knowing dj, plunges in this magnificent adventure. It began with Djset of music house trance to the 15- year-old age, until to do the experience to London to 17 years where includes better what road undertake, begin to play with the Techno, after contaminations from rave and club like l' Heaven, Fridge, Fabric... It understands that it is the Techno its nature. Returned in Italy to 19 years to begin to make it hear its new style, in the local of the island and the varied free party. It continues so until to transfer itself to Milan, where continuous to deepen its PASSION for this attractive occupation beginning to build something of its with the label TRAXACID Records. On 2009 is released the first tracks, whit the success We Fly to dream, on all top 10 digital chart’s. Traxacid began in July 2010 with the work of important artists like Phil D’Bit & Sebastiano Sedda, Freddy Parisi, Colt!, Marco Bars, Tempomatici, Jasper Batge, Salwio, Sardu, Ronny Rambow, Aerodynamic Xpress, Andrea De Bartolo, ByteSlave, Jack Smith.. and many moore! Received great feedbacks from artists like Funkagenda, Richie Hawtin, Autistic, Pedro Goya, Laurent Garnier, Amir Groove, Owain Bellis, Sergio Matina, Dyno, Mark Denken, and many others!Strong new partnerships for 2012 include the new project MORENO LOKO, and two new sub label HANZO and LAMINIM with collaboration to Sardu and Jack Smith. Very early in your ears!