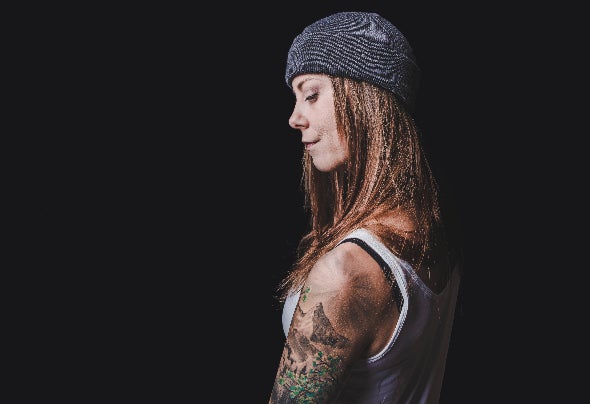 Robine, a Swedish-born, grew up in Stockholm, but is now firmly rooted in Berlin. She discovered her love for the bass on the basketball court with fat hip-hop beats and r&b of the 90s. The House music scene, which was growing in the early 2000s, was also a clear affair of the heart for Robine. Having played and danced her way through the international House and Techno community, Robine's sound today is a spectrum of emotionally driven sounds. Today she is a recognised member of the Berlin club and DJ scene. Sets in clubs like Kater Blau, Sisyphos, KitKat and a residency at the "Aus der Reihe Tanzen" events at Ritter Butzke are only a few highlights of the year 2019. Robine's own music, sees its main focus on melancholic, melodic and harmonic Techno. You can expect an emotional and energetic performance, where Robine is always in touch with the people on the dancefloor. She debuted as a producer is with her release of Operatic on Einmusik's sub label.