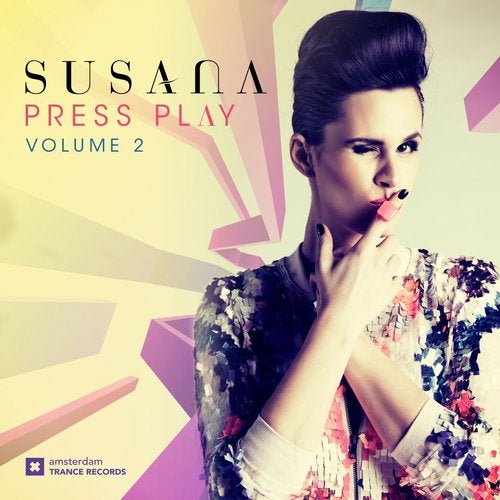 2014 has been another amazing year for Susana and it's not over yet! Collaborations with Hazem Beltagui on 'Silent For So Long' and 'Never Let You Down' with Tenishia as well as her own 'Feel You Here' which Beat Service has expertly remixed, were all well received by the Trance Community. Her complete resume includes tracks with BIG names: Armin van Buuren, Rex Mundi, Ernesto vs Bastian, Ronski Speed, Stoneface &
Terminal, Jorn van Deynhoven, Markus Schulz, Aly & Fila and many more.

With all of this experience under her belt and with the support of her thousands of Facebook and Twitter followers, Susana decided to step out into the world of mixing with her 'Press Play' compilation. It peaked at number 5 on the Beatport Trance Release Top100 and entered the American iTunes dance album Top 40. What a response... We just had to have more!

And Susana has delivered! 'Press Play Volume 2' builds from the success of Volume 1 and includes many exclusive tracks and work from likes of Nitrous Oxide, Stine Grove, Neev Kennedy, Solis & Sean Truby and Audrey Gallagher, Ost & Meyer as well as her own releases with Tenishia and Hazem Beltagui (In a fresh Zack Shaar remix).