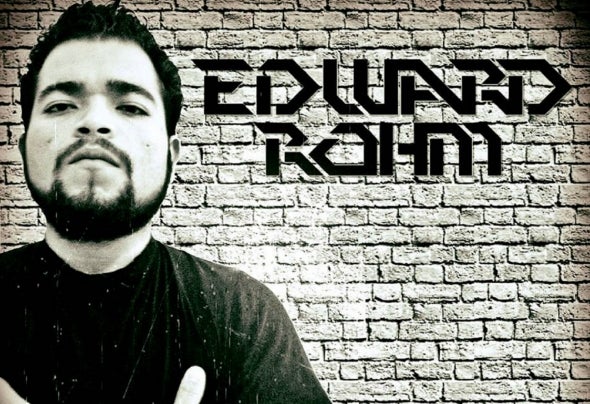 Real Name: Luis Eduardo RomanCity of origin: Tuxpan de rodriguez cano, veracruz: Mexico.Bibliographic description:A Mexican Trance producer.The beginnings as producer of "Edward Rohm" are at the beginning of 2014 where after participating in some underground events of local and state music, he developed a love and taste for electronic music, in the first case naming the "Deep House" as his first genre under the pseudonym of "Lewis And Hansel". After 1 year in 2015 I take the initiative to produce within the genre "Trance". Within the genre, trance has had the fortune of receiving special support from many great artists from 2016 to the present; such as Dj Xquizit, Aldo Henryco, RELOAD, Saad Ayub, Ellez Ria, NEOS, Maratone Radio Show, After World Recordings Radio Show, Trance All Stars Recordings Radio Show, Norvac, Dahnniel, Jadia, Jan Miller, Paul Gibson, Dr. Riddle , And Many More ...As well as their tracks have been played in several online trance channels such as Tempo Radio, Discover, Trance Planet and many more ...He also had releases on labels such as: D-Max Recordings, D-Max Dark, Sundance Recordings, Sensual Bliss Recordings, Wanna Fly Records,Noize Reaction Records, Mysterious Station, Jet Alone Music, Shamania Music and Delaforce Recordings. So this fella certainly knows his way around the Trance scene.So keep a big eye out for Edward Rohm in this year and in the future !!! Gonna hit new heights.