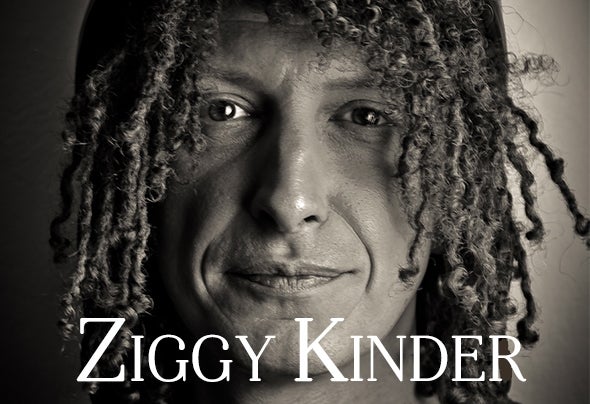 Berlin based ZIGGY KINDER is renowned for his sweeping live performances and distinct and crystal clear house with deep funk elements. He knows how to fill the often hollow term “live” with real life, energy, movement and passion.More than ever, his sound revolves around deepness and fat bass. Ziggy ventures outside the box and knows how to move some feet – as a live performer or DJ.Since 1999, Ziggy has been making professional music in many different ways and releases. As it has always been the case, Ziggy spends his time clubbing by shaking his boody on the dance floor. This is why he is especially keen on producing tracks to which you can actually dance.His very individual arrangements are characterised by a propensity for experiments as well as by functionality for clubs. In this respect, sound aesthetics are paramount. Once that might be strongly modified samples, some other time it might be syths or acoustic instruments, accompanied by phrases though mostly all mixed up and running against the gravity far out into the sounds of the Universe.Ziggy Kinder has already released about 14 EPs and 2 albums ( “Akkrobatik” and „ Barboom „ ) on labels like WARE, Souvenir, Level, WIR, Minimood, Animo...Fan-Page: https://www.facebook.com/ZiggyKinderFanPage http://www.ziggykinder.de/Soundcloud: https://soundcloud.com/ziggykinder