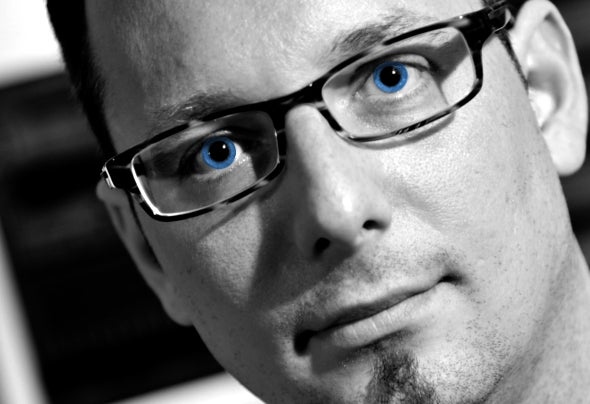 During childhood Sascha was introduced to the music. In addition to a classical music education (violin), he taught himself playing the guitar. End of 80 'years he got inspired by the first electronic music and synth-pop. Strong influences were Depeche Mode and Kraftwerk. 1994 Sascha was the first time taken by a friend with a rave. It was an event with Marusha, Sumbeam and The Prodigy live. It was here, where Sascha found his ultimate love for electronic dance music. The versatility of the technology, the rapid union of melody and vocals with Rythmik... Techhouse, the Acid sounds that twisted the head and its fine minimal beats became Sascha's love. He visited with his friends a lot of clubs like the Omen in Frankfurt and he got to know DJ's such as Frank Lorber, Toni Rios, Andy Düx, Chris Liebing. The Palazzo in Bingen was a second home for him and he attended the different events almost every weekend. Shortly thereafter, Sascha began to dj himself and he performed in numerous smaller clubs as a warm-up DJ. 1998 Sascha founded with friends the event team vinyl junkies. The parties were bigger and the crowds grew. 2004 Sascha then put a break from the club gigs and open-air events and began to produce themselves. Since 2009, Sascha is represented on many download stores with its music. Since early 2011, Sascha is now backwith a new radioshow as residence on Cuebase-FM every friday. Sascha's sets boast the versatility. He breaks the rules of mainstream DJ and brings into his sets with tech house, techno, minimal & house, as well as some deep house music, always in harmony and thus controls its audience.