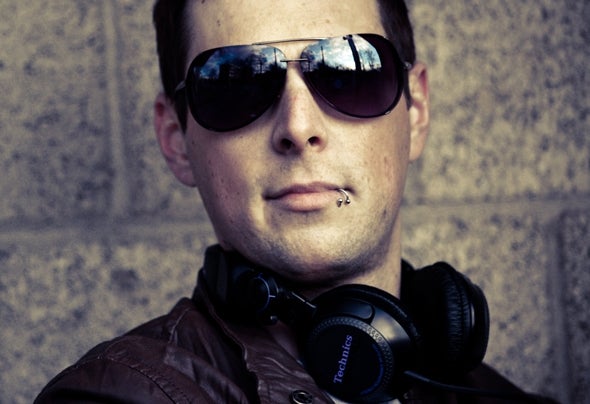 André Bayer, born 1982 in Siegen germany had his first experience with electronic music by visiting Tor 3 (Düsseldorf) in 1998. He became totally fascinated about deep, impulsive techno, started collecting vinyl records, made contact with local vinyl dj´s and soon realised: “I have to do this on my own”! In 2005 he set up his first turntables and started practicing with his techno vinyls. 2007 came the stylistic change, by listening to many sets of alex under, sweet n candy and 2 dollar egg. André found out that he has a preference for the more experimental way of music. Already after a short time he knew that this kind of music would remain a part of his life. Since this time minimal sounds are shaping his sets. In 2008 he became the chance to arrange his own party “Klangfabrik” for dancing and celebrating people. And they also wanted! For the next years André Bayer played in different clubs together with well known DJ´s such as Robert Natus, Eric Sneo, Shee- La man at arms and many more. Since 2011 he presents his sounds to new ears with Traktor. In 2012 he turned his hand to produce his own tracks for the labels Pranastar Records and Verkannt Records. His first remix My Moon for Cat Moon was selected for inclusion on four different compilations. Also for the future, André Bayer has a lot of plans. Follow him to Soundcloud “André Bayer” and Facebook “André Bayer Official”.