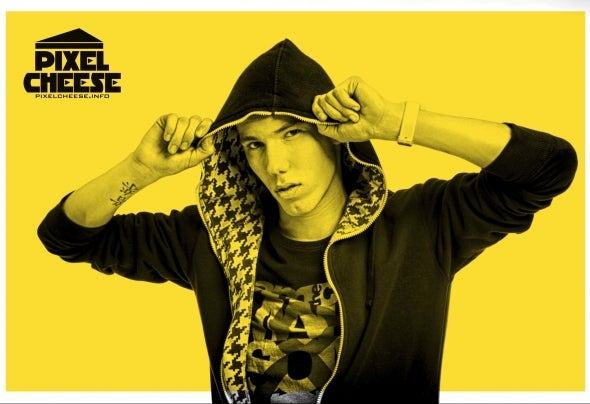 He was born on the 6th June 1993, known professionally and distinctively as Pixel Cheese, is a Polish DJ, remixer, and producer. He began to produce and DJ in 2010. So yes he is quite new at this although the man is making more progress than your average fast forward button rolling through a brand new VHS. His unofficial remix of NERVO feat. Ollie James - Irresistible has been well supported by NERVO themselves, while his Swedelicious bootleg of Gareth Emery & Ashley Wallbridge – Mansion has made it to Gareth Emery’s podcast. Pixel Cheese has also gained a lot of attention thanks to his latest bootlegs and remakes with David Guetta & Avicii vs Laidback Luke - Till Sunshine (Pixel Cheese Bootleg) topping 3 million views on youtube. It seems like nothing can stop this rising star, not even your conventional microwave. His first official remix of Gareth Emery’s single ‘Tokyo’ is out now on GARUDA, making its debut on the Beatport Top 100 only 4 days after its release. Hot on heels from his enrolment with Ultra Music Records, the finest of global labels since the discovery of black gold, and just in time to deliver another whopping remix from Steve Aoki’s Album ‘Wonderland’! All is set to melt your [listeningbuds] in the very near future, if these do exist after all. With more high profile remixes and an imminent release of his original singles complemented by the official SUPERHEROES Podcast release in January of 2012 it seems the man has indeed got a plan. This monthly show is set to save you and all those who music has intended to save.