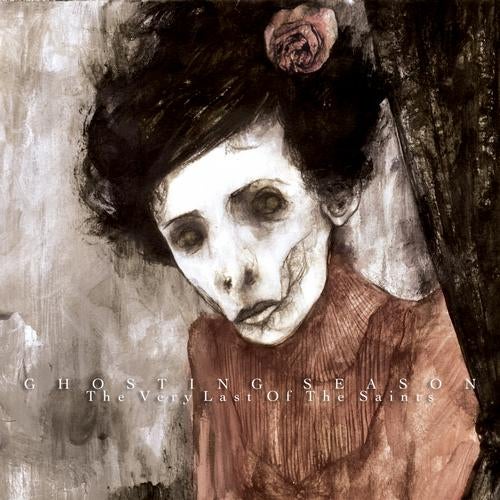 A fascination with taxidermy, a love of Krautrock, and interests ranging from vintage synths to gothic Victoriana - Ghosting Season embody the eccentric and the ethereal. The Very Last Of The Saints is the debut album from the Manchester-based duo, aka Gavin Miller and Thomas Ragsdale. Stepping off the path laid by the great British leftfield tradition (Eno, Aphex, Seefeel, Global Communication, Burial, Lone et al), Ghosting Season fuse elements of ambient techno, musique concrete, IDM and post-rock into the kind of textured soundscapes that have won them much critical acclaim via a handful of releases, remixes (Radiohead, Cloud Control) and their formidable live show (Fields, SXSW and beyond).Ghosting Seasons sound first emerged as tangents from Gavin and Toms previous band project, worriedaboutsatan. While the latter took its cues from the likes of Explosions In The Sky and Mogwai, the pairs music began to head off into a different direction, one that was informed far more by electronic music, but still incorporated their love of guitars, vocals and found sounds. This new identity bore its first fruit with 2011s Far End Of The Graveyard EP.The Very Last Of The Saints is a breathtaking debut, moving from beautifully crafted cerebal electronica to tripped out house, glitchy drone collages and more strobe-friendly peaktime techno.The Very Last Of The Saints is the first album release on Sashas Last Night On Earth label.

The Very Last Of The Saints