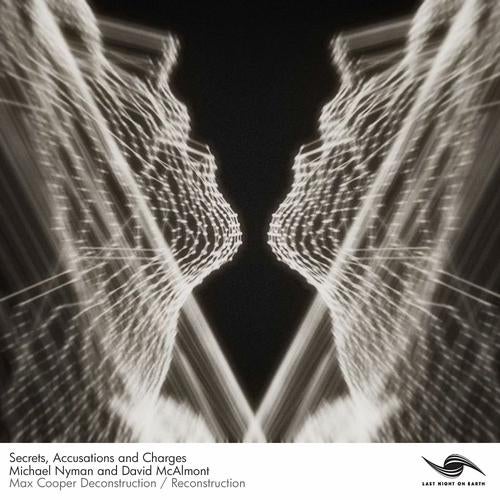 Rising UK electronica producer Max Cooper has announced his second remix EP for 2012, Reconstructions,to be launched at electronica night FIELDS at Electrowerkz, London July 13.This marks the first time multi-million selling minimalist soundtrack composer Michael Nyman (The Piano;Gattaca; The Cook, the Thief, His Wife and Her Lover) has allowed his work to be remixed. It will be released on Sashas imprint Last Night On Earth.The Reconstructions EP comprises two Max Cooper reworks one abstract, one dancefloor - plus theoriginal of a sparse and emotional Nyman collaboration with songwriter and vocalist David McAlmont,Secrets, Accusations and Charges. An animated video by regular Cooper collaborator Nick Cobby, filmedwith a cast of 20 and an Xbox Kinect, will follow the release.
The original track is drawn from the Nyman / McAlmont 2011 album The Glare, taking Nymans theme fromthe film Gattaca and adding McAlmonts lyrics inspired by a newspaper story about a quiet suburban Scottishwoman who was discovered to be a jewel thief.As the Gattaca theme is an orchestral piece, both the Deconstruction and Reconstruction are built fromsamples of only two soundfiles: a track of McAlmonts voice, and a single track of The Michael NymanEnsemble playing the Gattaca theme.The EP will launch Friday July 13 at live electronica night, FIELDS at Electrowerkz, London. That week, fromMonday July 9 to Friday July 13, Radio 3 will also run its own five-episode Nyman career retrospective.