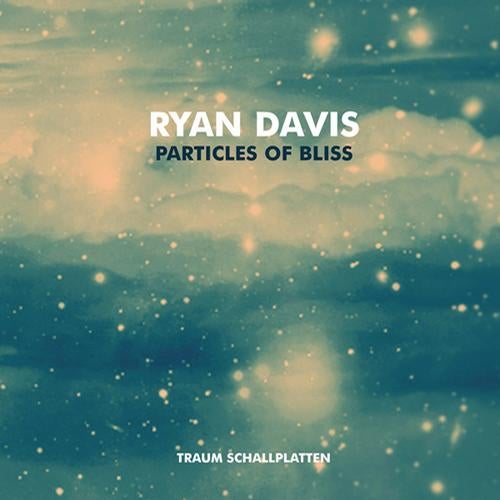 Ryan Davis has been recording music since 2006.He has produced for Manual Music, Bedrock, Proton, Areal, Archipel, BackHome, Wunderbar and many other labels. Recently he has released two EPs with Traum. One can say without doubt, Ryan is a real artist and a tastemaker.Ryan has released on many labels worldwide, not always on big labels though that never was of prior importance to him, but it was his quality that has earned him an international audience and standing. Ryan always went the way which seemed natural to him and has released innovative melodic techno worldwide. But it has been also a battle with established DJ structures which led to the founding of his own label Back Home where he was able to feature new talents that shared his interest in the genre of melodic soulful music. His release in 2007 on Klang Gymnastik the "Transformer EP" then directly put him on the map with a strong selling vinyl and lead to the "Zyrial Soundfood EP" in 2009 on the Dutch label Manual which can be considered his break through. The track from the EP "Spicyal Sound" was played and supported by Miss Kittin and The Hacker, Boyz Noise. Ivan Smagghe licensed the track for his "Live At Robert Johnson Volume 3" compilation and Depeche Modes Martin Gore played "Spicyal Sound" before all of their gigs during their "Sound Of The Universe" tour.All this lead to gigs in Paris, Brussels, Amsterdam, London and Barcelona and to a very international standing. In 2010 another huge track evolved with "Zodiac". The track was charted and played by Dominik Eulberg as well as by Ellen Allien at Time Warp which consolidated his reputation as a brilliant composer. Remixes by Max Cooper for him as well as him remixing Max Coopers track "Enveloped" for Traum actually put him in contact with our label. Two EP releases followed on Traum and it was the Routes of Life EP (Traum V133) that created an even bigger following and lead to the idea of finally recording this album.

The album consists out of 11 never released tracks that highlight his talent to keep away from preset formulas and turn toward musical compositions. The album opens right away with the great track "The Enchanted Garden". A piano piece that flows, flies, observes with one eye, its action still keeping a perfect balance.Adding sparks of electronica tiny but lively as rainforest sounds, they provide an extra atmospheric feeling to the track.We think this is a timeless track and a true pearl and shows that Ryan was not saving up things for later.

"Where The Right Things Are" is a haunted track... in a gentle way... full of passion and sadness, madness and melancholy. Some of this has been put in notes by bands from the North of England such as New Order, King Of The Slums and the Blue Orchids.This is a great shoe gazing track that never stays still always on the run... always passing by... never arriving.

"Beluga" kicks off with an pulsating pond of energy. Equally to the primordial soup it creates life seemingly out of "nothing", so full of colours and shapes the transformation itself is amazing.Suddenly all is in uproar blinking, shining, rushing in different directions. This is a real musical masterpiece by Ryan.

"Break The Night With Colors" articulates perfectly the dooming and gloomy, heavy atmosphere the night radiates with a fine baroque feeling that is created through a rotating "miniature" melody. This is great storytelling, a fantastic tale of illumination.

"The Field" acts like a hi-speed flying camera sent to forbidden areas to record footage. Arousing, spectacular and with a rollercoaster quality... the track does not loose control, but retains it's total composure.Before we recognise what has happened to us the song is over and we give high praise to Ryan Davis that he has the guts to not extend these moments but quits when all has been s

aid. This track is breathtaking and at the same time is enchanting. "Aquarius", a roman emperor or the essence of life? Whatever it might stand for... its characteristic is light and floating and through the course of the track a trace of passion and fate is added by synth sounds that are broad enough to stay in there for good. More dignified and reflecting upon itself... this track has a beautiful vintage felling as apposed to the extremely modern tracks on this album.

"Head In The Clouds" has a bit of that early Aphex Twin feeling to it, but that does not stay for to long since the track describes only an momentum... like an short interlude, it disappears after what seems to be not much more than a minute.

"Entangled Lives" collects strength from the lushness of "Heads In The Clouds" and expresses here a heaviness by a mean rectangular bassline that directly gives it a prime time techno quality.We realise this track has tan fantastic epic touch to it, which fits nicely with the other tracks. It could have been a bit longer, we agree.

"When Rain Drops Soft" makes "raindrops out of lead" fall to the ground. You hardly recognise them as drops, since they are all painted in grey colours.What seems like a sad day, changes when small things start to happen light beams start kicking in. Just enough really to makes us all happy. This is a fairy tale

and it has a bit of an industrial romance taking place here. When "Eyes Wide Open" starts out and you directly know this will be a clubbing track. It has that certain catchiness in the groove and is less pushing the soundscape parameter. But Ryan Davis would not be Ryan Davis if he was not trying for a rich, melodic composition.Ryan then adds a super nice sounding synth with a broad frequency range that sweeps away all what existed before, clearing the track for something new to happen. This a great track to loose yourself in and beam yourself away with.

"Dragonheart" is the closing track and to our all surprise Ryan comes up with a vocal ballad all emotional with a shoe gazing edge to it. Making this a more personal finish.