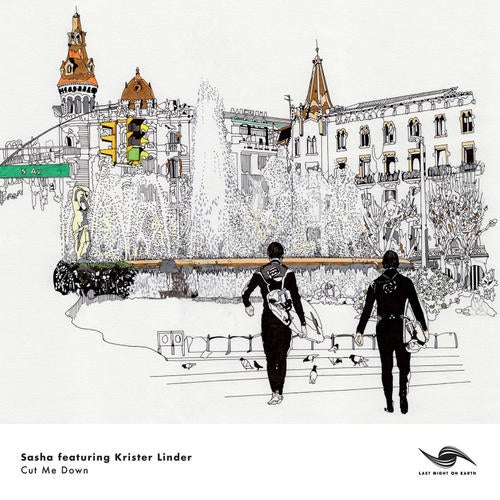 Cut Me Down’ was the bi-product of this year’s IMS Conference in Ibiza where Sasha was assumed the honour of creating the 2011 IMS Anthem in conjunction with Burn Studios. The track was then handed over to Layo & Bushwacka for the masterclass in remixing. Their stunning mix appears on the flipside with full L&B signature riffs, basslines and bouncy drums. Sasha’s first vocal track in over 10 years features the haunting vocals of New York based Swedish vocalist, Krister Linder over Sasha’s hypnotic blend of epic, mind bending drums, gentle arpeggiators, combined with solid bass lines which forms this extremely worthy return to production on his new label, Last Night On Earth. This release also marks a return for Sasha in solo production mode. On previous releases including Coma, Who Killed Sparky, and the legendary Involver reworkings, Sasha has been working with his collective of Charlie May, Duncan Forbes and Barry Jamieson, however with time well spent on his own in his New York studio, Sasha has created this summer masterpiece. ‘Last Night On Earth’ will be Sasha’s home for supporting exciting new electronic music talent and his new solo productions. Yes, there will be more to come, and as ever, the wait is most certainly worthwhile.