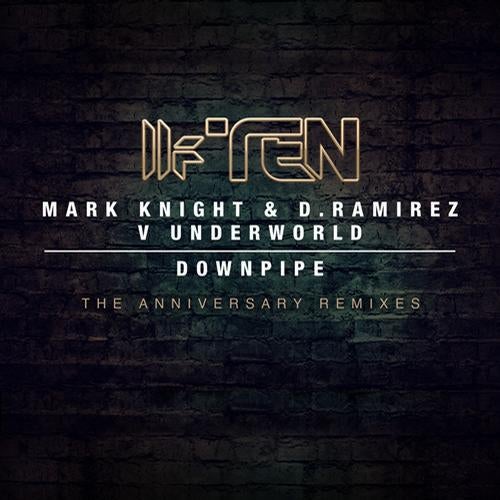 The second release in our Anniversary Remixes campaign sees one of our most iconic tracks, Downpipe, reinterpreted by the worlds No.1 DJ Armin van Buuren, Techno veteran Adrian Hour and new kid on the block Bontan.

Downpipe, the collaboration between our label leader, Mark Knight, master of production, D.Ramirez, and legends of dance music, Underworld, is a landmark track in the history of Toolroom Records. Crowned Essential New Tune on Radio 1 by Pete Tong and forming an integral part of the soundtrack to the opening ceremony of the London Olympics last year, it is still receiving overwhelming support today.

Heading up The Anniversary Remixes of Downpipe, superstar DJ Armin van Buuren delivers up a euphoric, unstoppable, big room remix that is set to take to the throne & join the original. Adrian Hour presents a techno workout that is completely relentless, energetic from the off the intensity doesnt let up resulting in a peak time gem for the underground. Finishing up the package is UK wonder kid Bontan, following his recent Top Ten he continues his reign delivering a stripped back bass line workout with Karl Hydes vocals cleverly chopped into the groove.

A tech house anthem and one of the scenes most unforgettable tracks, The Anniversary Remixes sees Downpipe transformed across three musical landscapes with unstoppable results.