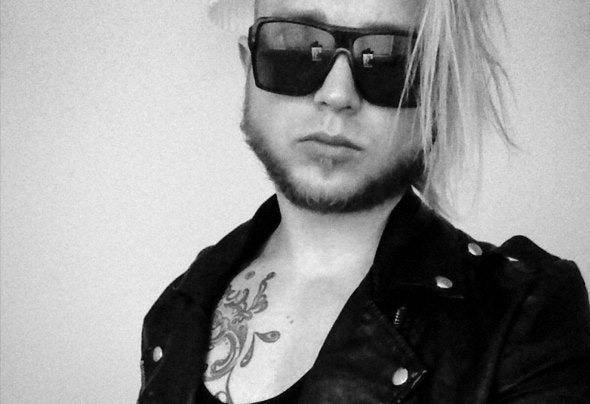 Christoph Pilch aka DUBTAL3NT performed all around the globe on numerous festivals and clubs; and produced numerous tracks on highly rated labels! He pursues a life as a producer of bassheavy and highly powerful music. DUBTAL3NT works togther with well known vocalists and producers. Such daring reinvention is not for the faint of heart, but his success tells its own tale! The request for his music is huge and more and more people discover the unique dubtal3nt sound for themselves! It was music that captured him since his early days. Dubtal3nt was born on the 28th of February 1987. He spent a lot of of his time listening to all styles of music. But just listening to the music wasnt enough for him, so it took him to turn the tables and he started to make music on his own. The absorbtion of all what is concerned with the electronic music world just let grow his fascination about it. Books were read, parties visited and so he evolved his own realization of electronic music, developed a very own style, and the art of passing this special emotion of feeling connected to music to the people around him.At the age of 14 Dubtal3nt discovered a program called Cubase. He truly was blown away and his passion for making music grew once more. Dubtal3nt finishes school and decides to proceed with his musical career. He discovered the nightlife and many club nights and his first dj gigs followed. Furthermore he spent more and more time with producing tracks. His ambition soon brought him to his first big Live Gigs, and so he got to know real professionals of the scene. Long time jamming behind the monitors, discussing and philosophizing about innovations in music were just one way to satisfy his hunger about the fascination in the electronic art of music. His ambitions in producing soon were rewarded, and he found his tracks in the record cases of the biggest names of the scene. He performed all around the globe in huge clubs and on famous festivals like the Defquon 1 in Holland! So a new dimension came up, a new dimension of handling music; and Chris discovered furthermore a very own new angle of view of the scene. Gigs were played at numerous locations all around the globe for example in countries like: JAPAN, HOLLAND, SPAIN, ITALY, SLOVENIA, GERMANY and many more. Now he is even more into the art of electronic music and cooperations with other musicians and vocalists were started. The Dubtal3nt NOISE CREW was born. The Dubtal3nt Noise Crew is a Live Project with different musicians, rappers, screamers and vocalists live on stage! LIVE TONIGHT LOUD! BÄM!